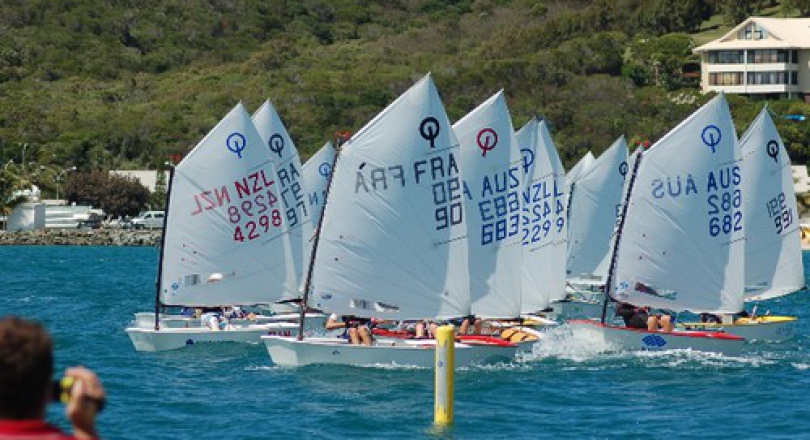 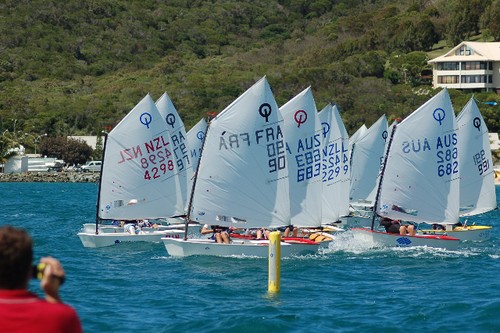 The New Caledonian Optimist Nationals were held in Noumea on December 9 to 12 and gathered 30 sailors from New Caledonia, Wallis and Futuna, New Zealand and Australia.

New Zealand sailor Patrick Haybittle, aged 12, sailed with calmness and consistency in heavy and light breezes throughout four days to win the regatta. Second was local sailor Guillaume Esplaas who won four of the 15 races but was not as consistent as Patrick and scored 13 points more than Patrick. Third was Cyril Fortin, also from New Caledonia.

Sailing conditions varied from blustery with up to 25 knots to gentle 5-7 knots.

Prize-giving night ended on the beach at SRC with a pot luck barbeque, sampling seared tuna, and fresh prawns, 'escargot and finishing off with gâteau and tart baked by the French Opti mums.