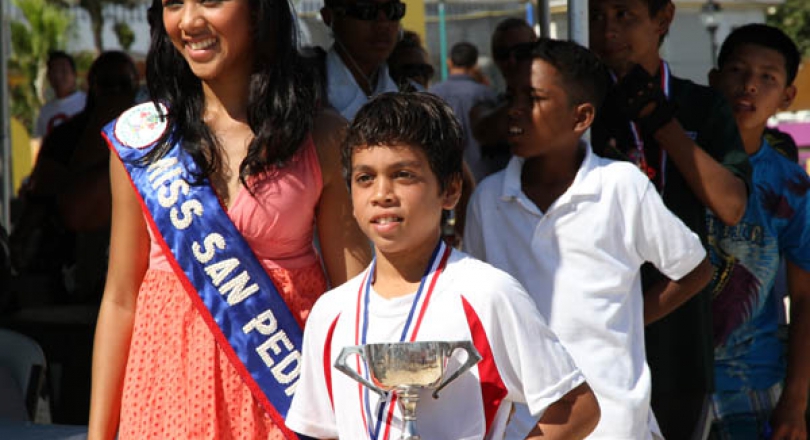 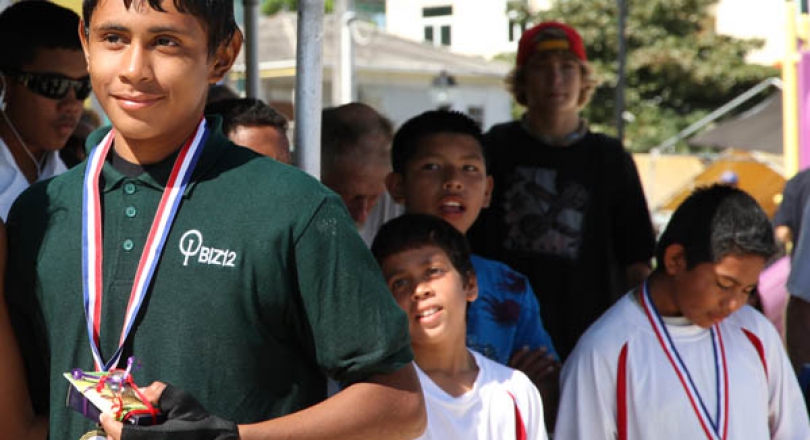 Under brilliant sunshine on the sparkling waters of the Caribe Sea, the Optimist sailors of the Belize Sailing Association (BzSA) competed last weekend in the National Finals in San Pedro on Ambergris Caye. Twenty-five sailors supported by their coaches, peers, family and friends, sailed 6 races over the course of two days to find the best of the best for the Belize National Team.

There are 26 Optimist dinghies (beneficiaries of our 6 for 5 scheme) and close to 150 sailors sailing from 5 clubs across the country. The 1st placed Gold Medalist was Kevin Velasquez from the San Pedro Sailing Club. Kevin is 11 years old and has been sailing with the team since its inception 18 months ago. Kevin is also the recipient of the "Denys Bradley Cup". Denys Wade Bradley is a Belizean boat designer and builder who has for 70 years built and sailed traditional and "one design classes" in Belize. The "Denys Bradley Cup" was donated by Mr. Bradley to be presented annually as a perpetual trophy for the best Optimist sailor. 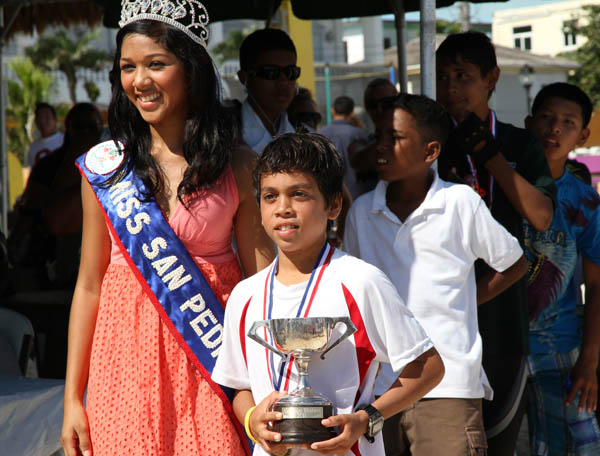 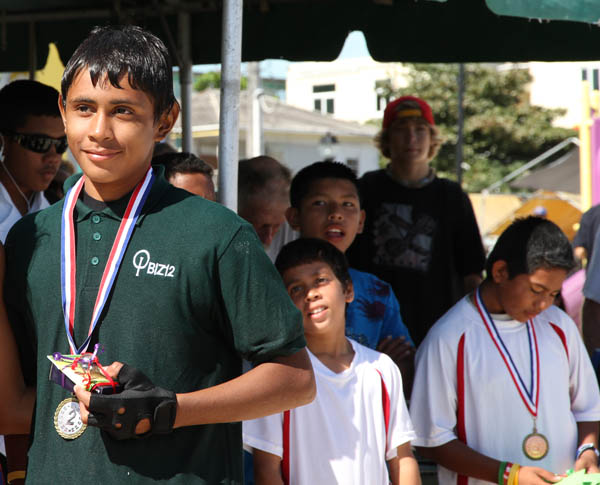 The 2nd place, Silver Medalist was Antonio Ricardez Hernandez. Antonio is a self- taught sailor, having sailed for just 8 months, he has been a finalist in every Regatta that he has attended. Antonio is a natural sailor who loves the sea above and below. The 3rd place Bronze Medal winner was Jorge Oliveres. Jorge is 12 years old and has also been sailing for 18 months.

A common thread often mentioned when talking about these young sailors in the BzSA clubs, is the positive effect that participation in sailing has on them as individuals and within the communities in which they live. Many of these young people have demonstrated an improvement in their school attendance, a more positive outlook on life and for many, a significant improvement in their grades at school. All of the Optimist sailors from everywhere in Belize are to be congratulated for their dedication and hard work as are the many volunteers who have made this all possible.

For more information on sailing activities and our organization, contact the Belize Sailing Association at belizesailingassociation@gmail.com