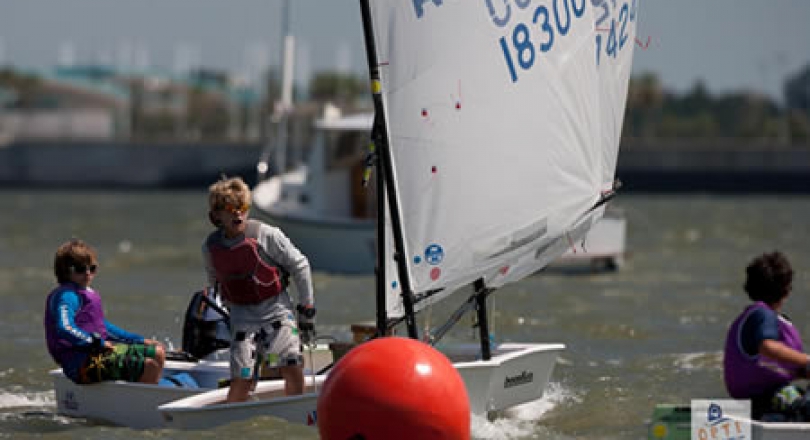 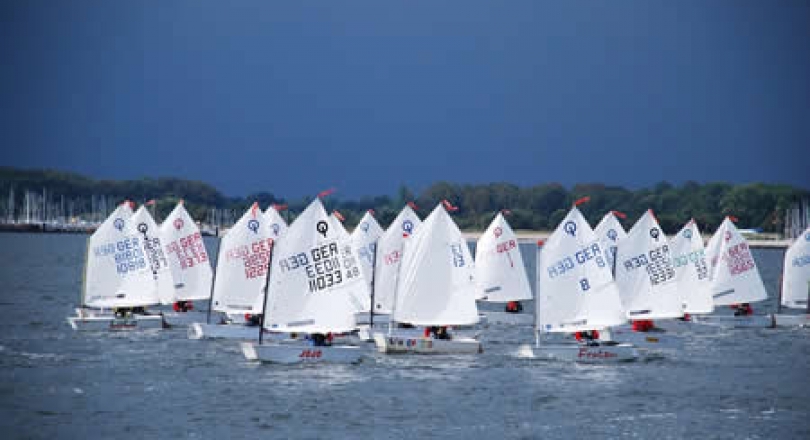 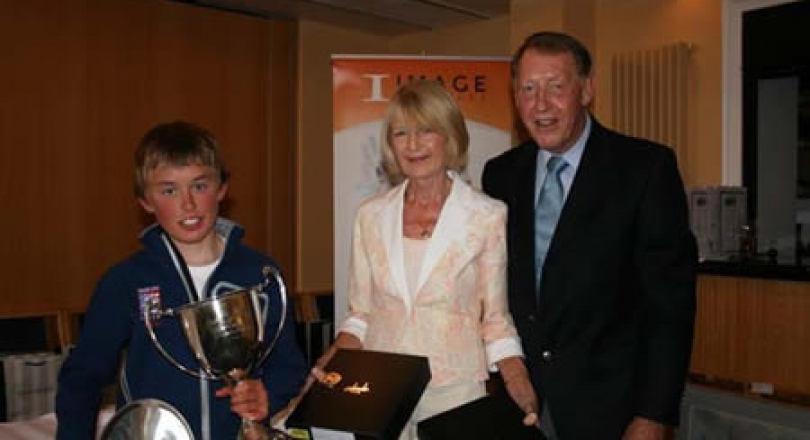 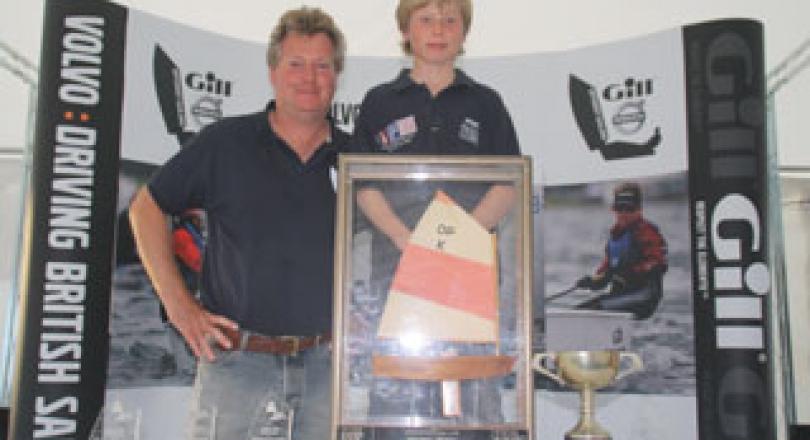 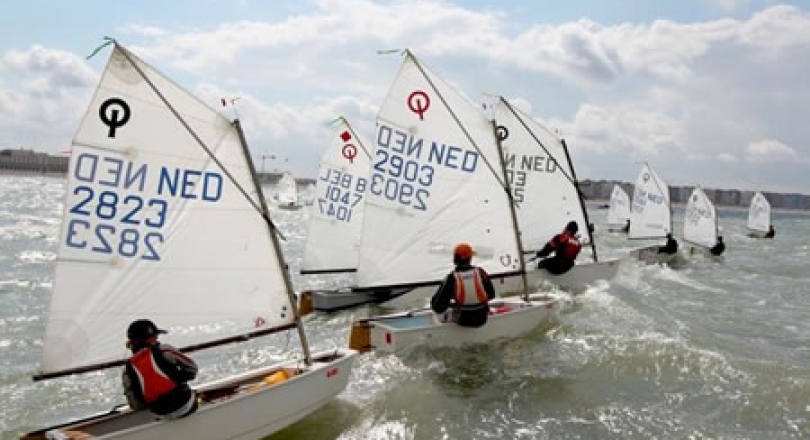 Summary of National Championships organised in July and August.

Summary of National Championships organised in July and August.

July and August are the months for the National Championships in the Northern Hemisphere. Here we summarise some of the ones published in our International calendar.

The USODA National Championships are an Open event which are the pinnacle of Opti Sailing in the USA. They comprise of three individual events over eight days - three days of team racing, one day of girls championships and four days of fleet racing with awards being given for each event separately throughout the regatta. Over 450 boats registered through the three events of Nationals which were hosted at the Houston Yacht Club in Houston, Texas, from July 17 to 24th. 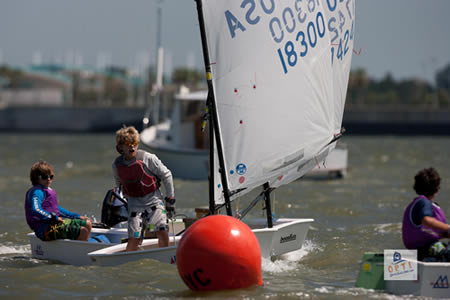 The championship opened on Sunday 17 with the beginning of three days of team racing, where 32 teams sailed a combined 74 races in 10-18 knots of breeze. The event came to a close on Tuesday 19th. Taking 1st place in the 2011 USODA Team Race Championship, was Lauderdale Yacht Club's "Team 1", coached by Juan Carlos Romero and with team members Allie Toppa, Sophia Reineke, Martina Sly, Liza Toppa and Wade Waddell.

In the Open Fleet racing, Leonard Takahashi-Fry, of New Zealand, sailed a great series and took first overall, while it was Wade Wadell finishing 2nd overall, who was crowned new 2011 USODA National Champion.

In the Girls event, organised immediately after the Team Racing, the trophy went to Audrey Giblin. 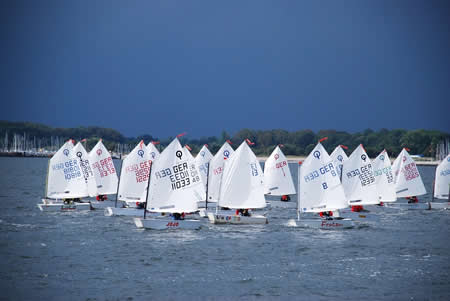 Marvin Fritsch was crowned German Champion 2011 after 9 races in good wind and blue sunny skies. The Kieler Yacht-Club were the organisers of this magnificent event that attracted 300 sailors from 16 nations. The overall event was won by Bart Lambriex from the Netherlands, who finished first in 5 of the 9 races and discarded a third. Philip Meijer, also from the Netherlands, finished in second place overall while Marvin, who had three bullets, had a disastrous last but one race, that led him to third position overall, tied in points with Philip.

Article taken from the IODAI website and edited by IODA

The event was attended by 152 sailors from 6 countries, 66 of which sailed in the Senior fleet and 86 in the Junior one. 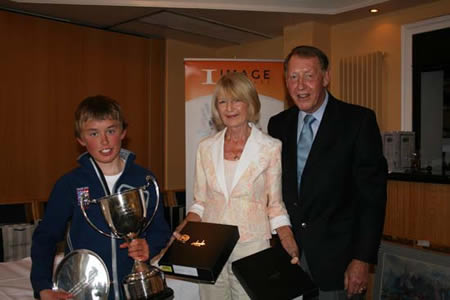 After 12 races in five days of varying conditions, Sean Donnelly of the National YC and English visitor, Max Clapp, of the Royal Southern YC wrapped up the senior and junior open titles with Ewan McMahon of the host club claiming the Junior National Championship in the Image Skincare Irish Optimist National Championships 2011 at Howth Yacht Club on Saturday (20th August).

The podium in the Senior fleet was completed by runner-up Sophie Browne and Adam Hyland, third, both from Ireland. In the Junior fleet, in second place was Milo Gill Taylor, also from the UK, and the third was Ewan McMahon.

The 50th Volvo Gill Optimist National and Open Championship came to a close on Friday 5th August after a week of fantastic sailing in a mixture of racing conditions. The week started light with no wind for the 450 sailors but increased as the week progressed. Racing finished on the last day with sunshine but challenging conditions and 30-40 degree shifts.

In the main fleets (Junior for the under 12, and Senior for the older sailors) there were 285 sailors from 16 countries. 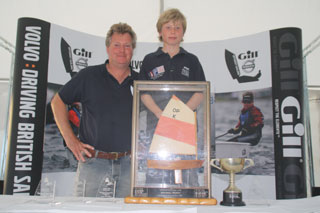 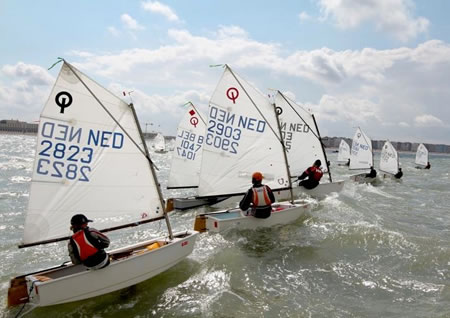 The Championship was organised for the 3rd time in a row by the Royal North SeaYacht Club in Ostend, with the cooperation of other sailing clubs in the area. It was attended by 96 sailors from 7 countries. Bart Lambriex, from the Netherlands, won very easily with four bullets and a second. Philip Meijer (NED) and Jamie Calder (GBR) took silver and bronze respectively.

Although not a national event, this Championship was key for the organisers as it provided a test for the Worlds next year and it was a great opportunity for many international sailors to sail on the waters used for next year's IODA Worlds. The championship was held for 51 sailors from 17 countries and proved a difficult one, due to light and shifty winds. However, locals hightlighted the fact that these are not normal conditions for the season!!