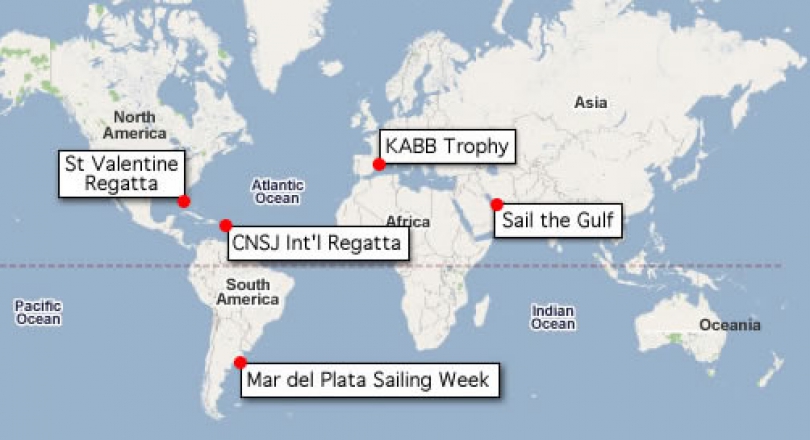 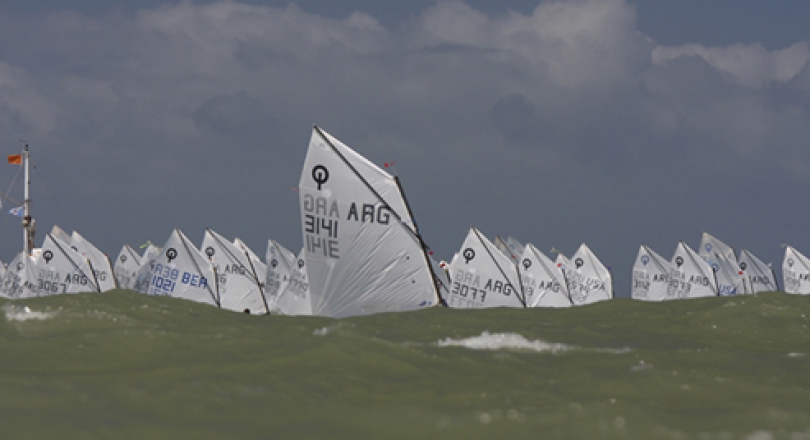 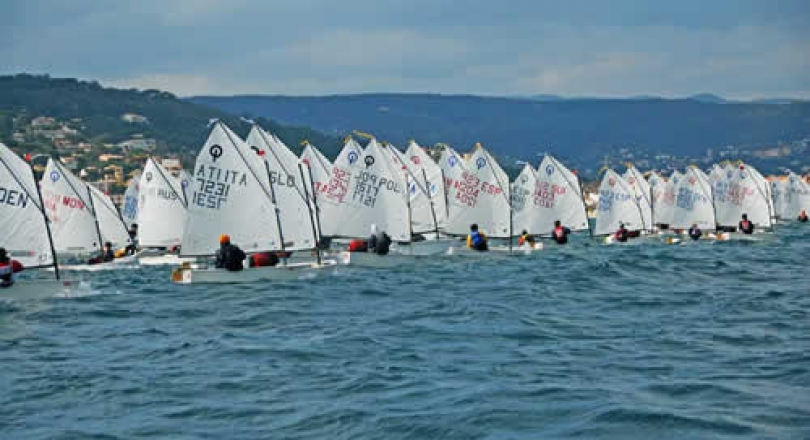 MAJOR REGATTAS IN FEBRUARY SO FAR....!

The first half of the month saw more than 700 sailors from 49 countries attend five international regattas organised in different parts of the world: Qatar, Puerto Rico, Argentina, Spain and USA were hosts to sailors from 5 continents.

The first half of the month saw more than 700 sailors from 49 countries attend five international regattas organised in different parts of the world: Qatar, Puerto Rico, Argentina, Spain and USA were hosts to sailors from 5 continents. 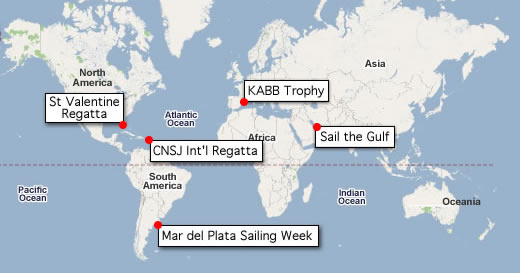 A small fleet which nevertheless included seven countries, two of them from Africa, gathered in Doha, Qatar to sail the 17th edition of the "Sail the Gulf" regatta. After ten races sailed in light to moderate winds Malaysian sailor Ahmad Latif Khan won convincingly with an 8-point lead over his fellow countryman Muhammad Farhand. The third place was also for a sailor from Malaysia, Nur Liyana Bt, who won first girl as well. In the under-12 fleet, Hamood Al Zaidi from United Arab Emirates took gold in an 8-sailor fleet.

The St Valentine Regatta in St Petersburg was scheduled one week earlier than the actual day of St Valentine but that didn't deter 205 sailors, mostly from the United States, to sail in his honour. Axel Sly, Forrest Short, Jonathan Pottharst from USA won Gold, Silver and Bronze respectively. First sailor from abroad was Kyle Brego from US Virgin Islands who finished 8th. 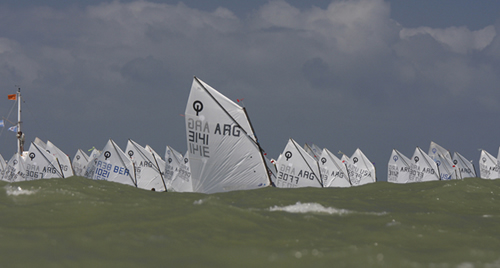 In South America the waters of the South Atlantic Ocean off the coast of Mar del Plata offered once again the perfect background for photographers and the perfect field for challenge-seeking sailors. Even when the wind was not as strong as last year's edition, competitors from USA, ARG, BER, URU, PER and VEN enjoyed surfing the big waves. Overall winner, Christopher Willford from USA, lead the fleet easily from the fifth race but the next five places changed hands daily. A bullet in the last race allowed Facundo Olezza from Argentina to take second, and a fifth place for Juan García Rodríguez (ARG) gave him Bronze.

After five bullets from 13 races, victory went to Juan Perdomo (PUR) at the San Juan de Puerto Rico International Regatta, a multiclass event held in the capital city of Puerto Rico that attracted 29 sailors from the Caribbean. Locals Víctor Aponte and Alejandro Monllor were second and third with Kyle Brego from US Virgin Islands in fourth as the first foreign sailor. 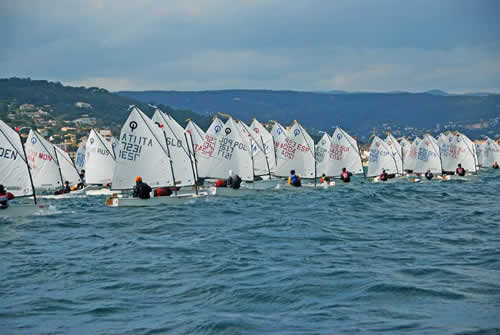 In Catalonia the KABB Trophy, organised by the Club de Vela Palamos, saw 330+ sailors competing from 23 countries. Excellent wind conditions in the first two days of racing were followed by tricky winds on the last day of the regatta but all six races were sailed as scheduled. Spain and France dominated the top of the scoreboard with Raquel Perdomo (ESP) and Rual Lucas (FRA) as first and second respectively (tied on points). Carlos Robles from Spain was third and fourth was Arthur Fortune, from Guadeloupe, France.

Taking into account the events that took place in January: Australian, Campobasso and ASEAN (read below) numbers show that 1000+ sailors from 61 countries have already participated in major regattas in all six continents in 2009. And February hasn’t  finished yet!