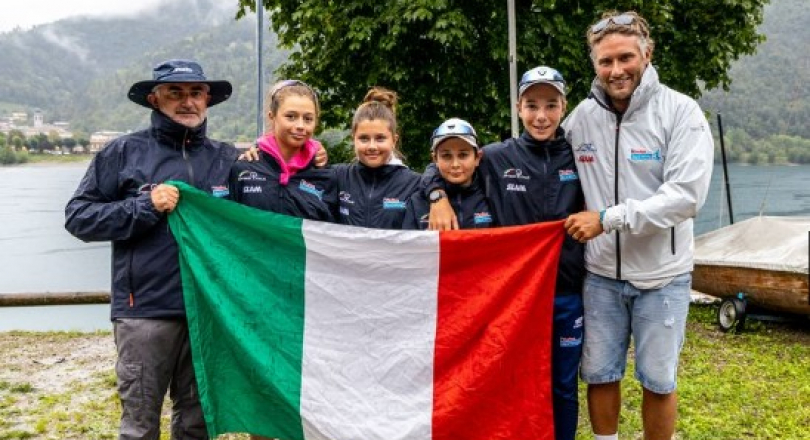 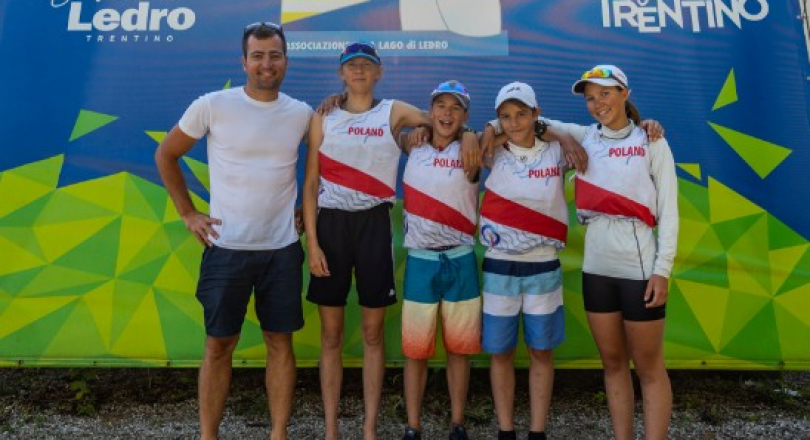 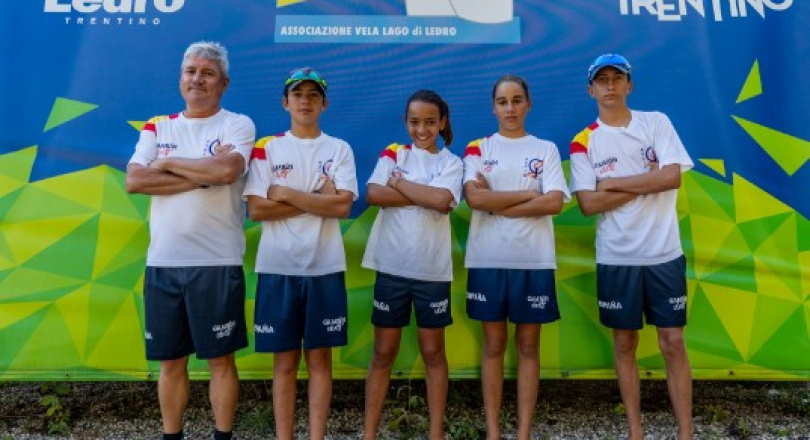 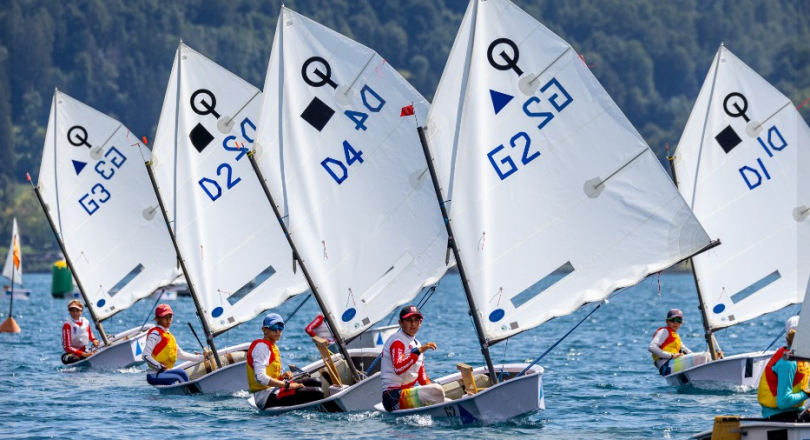 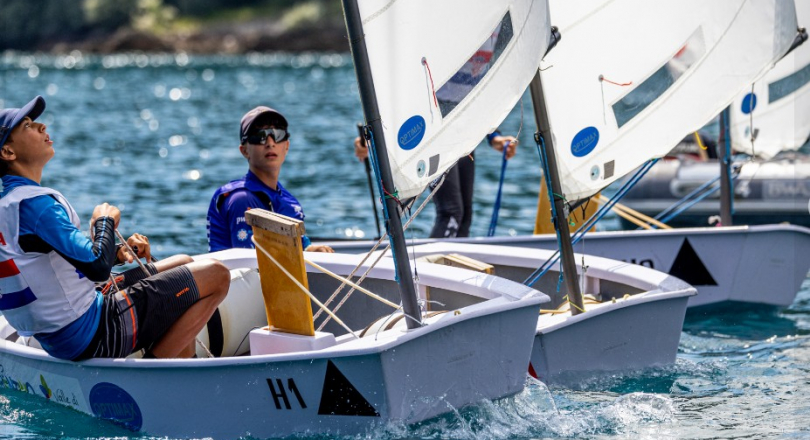 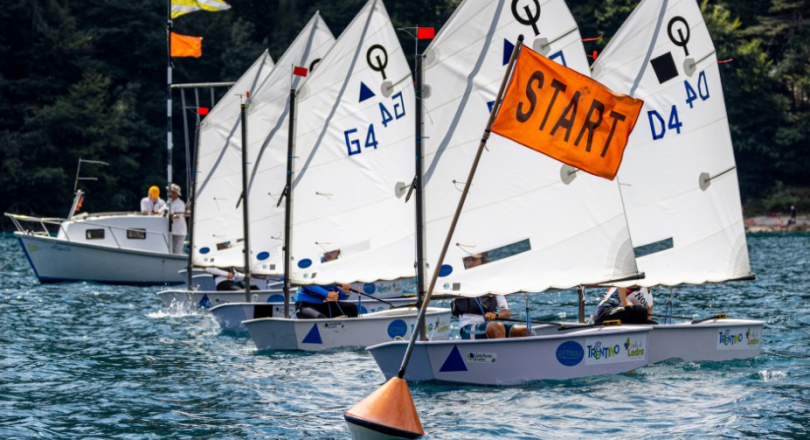 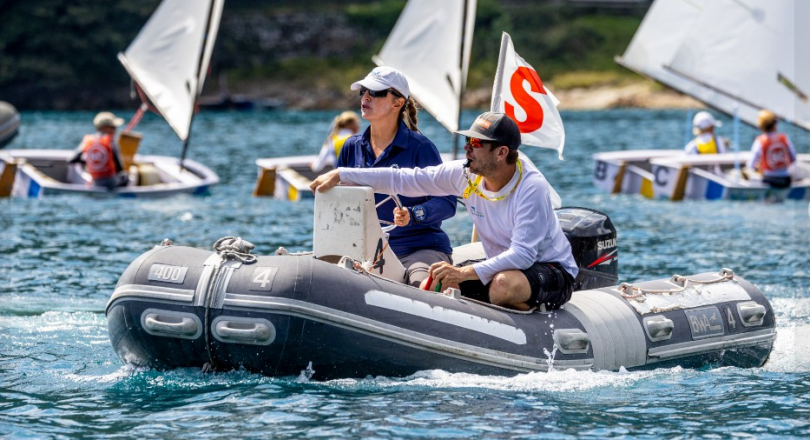 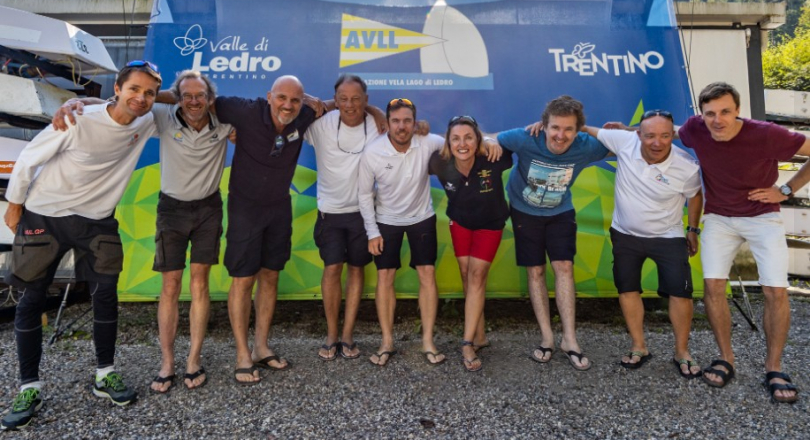 A full round robin was completed in the first two days of the championship.  Unfortunately, the remaining flights from League C and D could not be completed due to lack of wind, so the final results were based on the ranking from the initial Round Robin.

On top of the leaderboard after the Round Robin was host nation Italy led by Marcello Meringolo and Maurizio Scrazzolo and composed of Enrico Coslovich (CV Muggia), Leandro Scialpi (CN Bardolino), Emilia Salvatore (FV Desenzano) and Aurora Ambroz (CV Muggia). They were crowned the 2022 European Team Racing Champion in the early afternoon on Saturday on Lake Ledro.

"We are extremely happy with this success.  It was a difficult championship, characterized by challenging conditions.  It is the end of a great season for our sailors given the successes obtained in the World and European Nations Cups. From October we will start thinking about the 2023 season, which promises to be very demanding, but for now we are enjoying this success" stated Marcello Meringolo.

Rounding out the podium in silver was Poland (Alicja Dampc, Julia Padzik, Szymon Kolka, Jan Marjanski), who during the first flights of the second round had shown great determination and a fighting spirit, and the defending 2021 champions from Spain (Eduardo Reyes Alcocer, Pedro Adan Lledo, Elena Perez Manglano Sanchez, Marta Ferrando Babe) following in bronze.

The teams from Turkey and Germany followed in fourth and fifth, with Greece, Croatia and France, ranked in the order from sixth to eighth.

The event, the last one organized by the Associazione Vela Lago di Ledro after 14 years, closed with a touching awards ceremony, attended by IODA Vice President Europe, Carmen Casco and AICO President Walter Cavallucci. This is the 5th time that Italy has won this event - they won it for the first time in 2008,  the first time AVLL hosted of the Championship and the last time in 2022.

Particularly touching was the speech by Camilla Baruzzi, president of the organizing yacht club, who in thanking those who contributed to the success of the event, commented "The Associazione Vela Lago di Ledro owes part of its growth to the Optimist European Team Racing Championship: an event that we have organized with great satisfaction since 2008. The time has come to let others have fun too, but for us it is a goodbye and not a farewell".

IODA would like to thank the Associazione Vela Lago di Ledro and Camilla Baruzzi for organizing and hosting this very important Championship for the past 14 years. It has been a highlight for so many teams to attend this championship every year.   Your warmth and hospitality will not be forgotten.