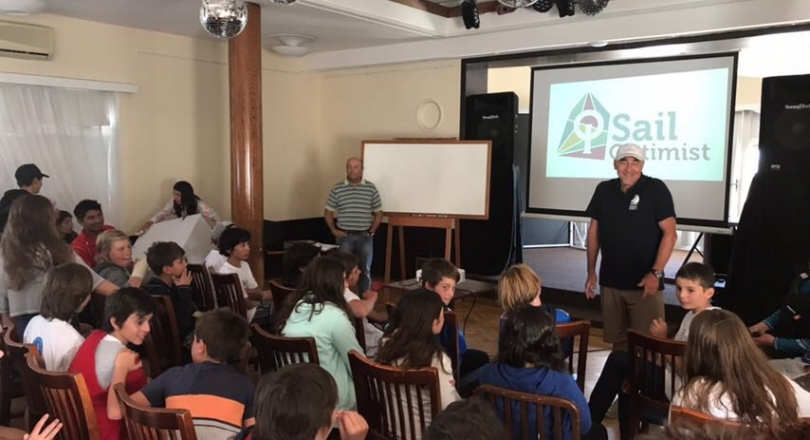 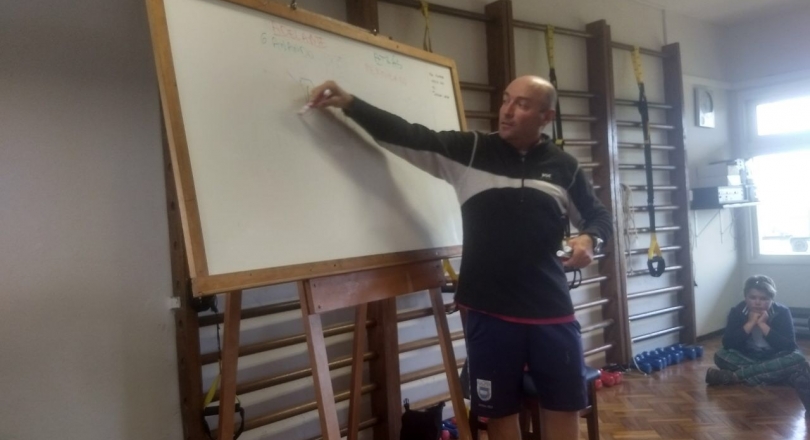 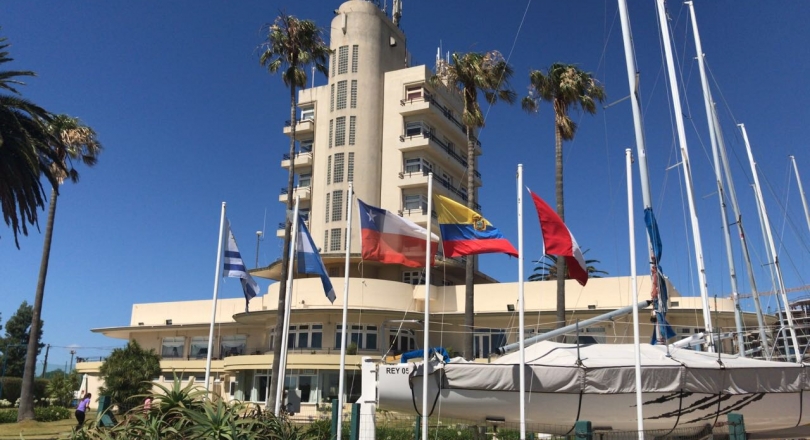 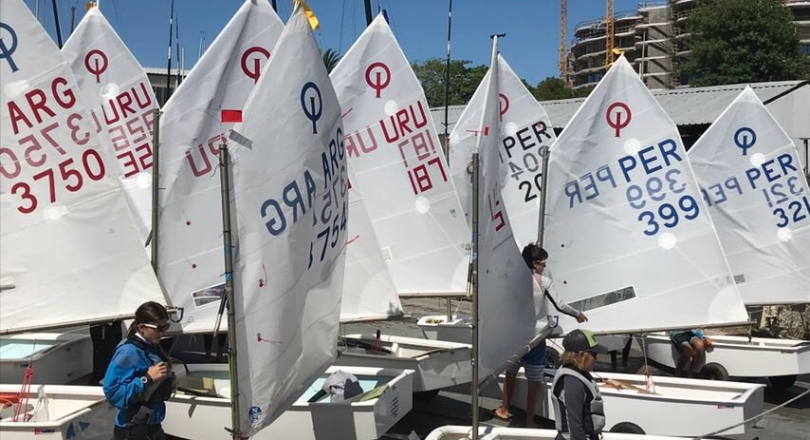 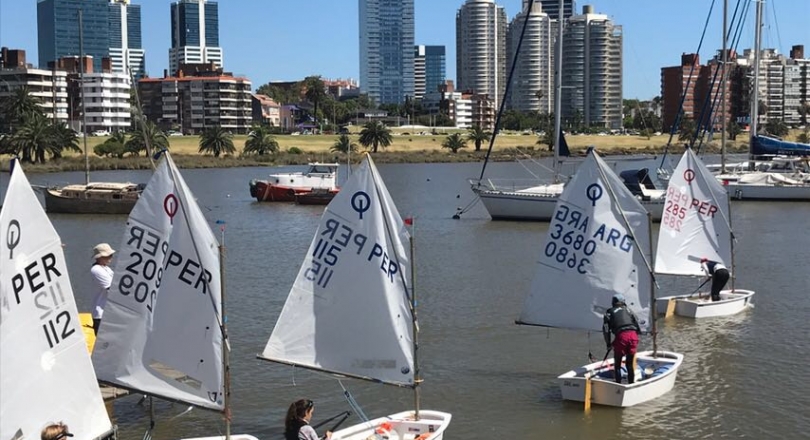 IODA held a Development Clinic from December 18 to 20th, during the Campeonato RIoplatense de Optimist event at the Yacht Club Uruguayo, in Montevideo Uruguay, the host venue of the 2018 South American Championship.  100 sailors from 5 different countries took part in the championship with the majority of sailors and coaches taking advantage of learning something new during the debrief sessions each day.

Two guest coaches, Hernan Vila, a World Sailing Level 1, 2, & 3 Coach and Diego Ravecca, were on hand to brief the sailors in the morning and debrief them at the end of each days’ racing. They also had sessions each day with the coaches on training techniques and other coaching topics.

On December 18, the first day of the Clinic, about 50 sailors and 10 coaches were present for the debrief.  They played race videos and discussed techniques to improve tactic errors, however, the main topic was the current.  Following the debrief, there was a two-hour session for the coaches themselves.  Together they talked about teaching techniques in general and there was a presentation about ‘speed principles” and how to translate them to sailors.

On December 19th, the second day at the event and Clinic, about 25 sailors and 7 coaches attended a morning briefing.  Hernan and Diego discussed how to get information from the internet about the days’ conditions, wind and current predictions. They also talked shortly about meteorology as well as how to read the tide tables and reviewed this information on a racing area and course map.  Team Racing took place on the second day, so the debrief at the end of the day was focused on Team Racing. About 60 sailors and 10 coaches took part.

Following the debrief, 6 coaches from 4 different yacht clubs had a session with Hernan and Diego whereby they discussed how to develop a sport plan and setting objectives. They also learned some yoga breathing techniques to help control anxiety.  There was a discussion on how to teach a long-term development program to sailors.

The third and final day of the Championship and Clinic took place on Wednesday, December 20th.   The morning session was well attended with over 60 sailors and 10 coaches participating.   This session addressed meteorology and the use of mathematics in all the models.  They also dove deeper into tide prediction and how tides work. This information was described using a white board and how parts of the racing course would be impacted.  They visualized each leg of the course and predicted which side was favoured, and discussed the current differences and wind behaviours on the race course.

There was more wind on the third say, so the sailors were more active on the water. They worked on pre-start routines, measuring current, and starting sides etc.

During the debrief after racing, about 60 sailors took part.  The discussion focused on starts and reviewed how close they got to the morning briefing session.  The final topics of the debrief were about observations on cloud development and wind behavior during racing.   In addition, Hernan and Diego discussed some technical observations about mark rounding and boat handling.

Many thanks to Hernan and Diego for their excellent sessions each day coaching the sailors as well as the coaches during the three days of the championship. Their morning briefings and post race debriefs were lively and informative sessions.  They also generously passed on their coaching knowledge and experience to the team coaches to help them improve their teaching techniques.

Many thanks to the Yacht Club Uruguayo for hosting the IODA Development Clinic during their championship and for providing the facilities each day for the pre-race and post race sessions.