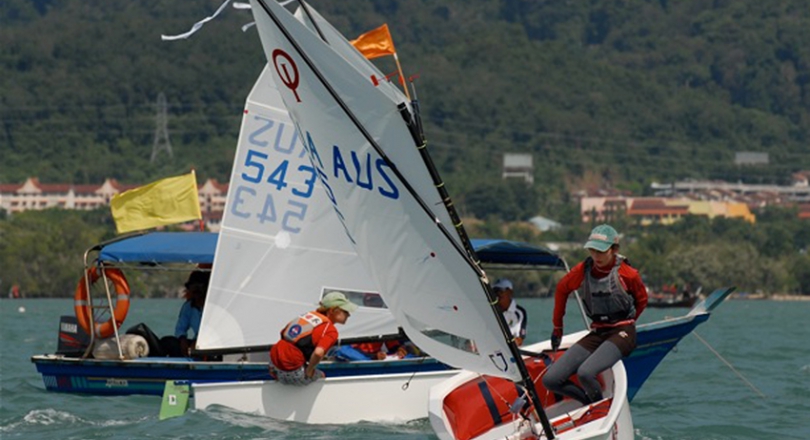 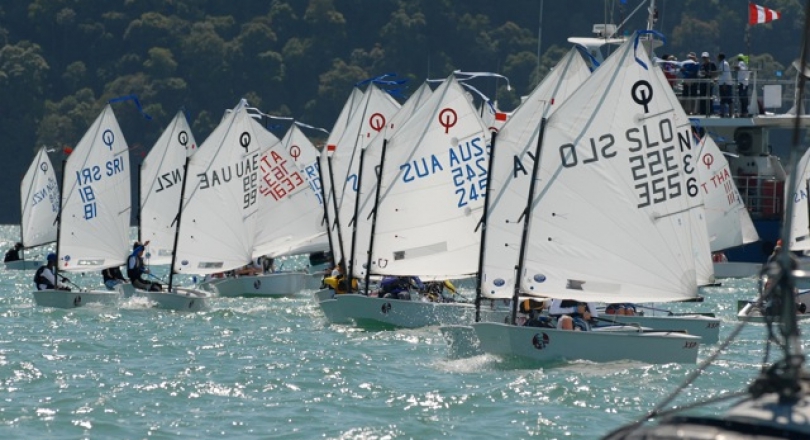 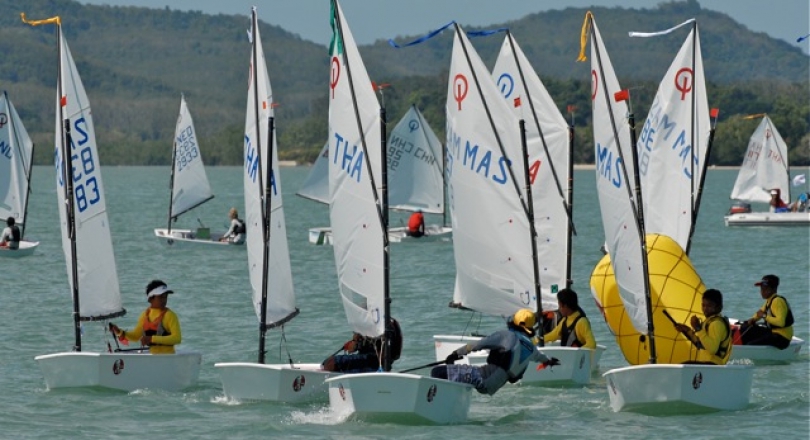 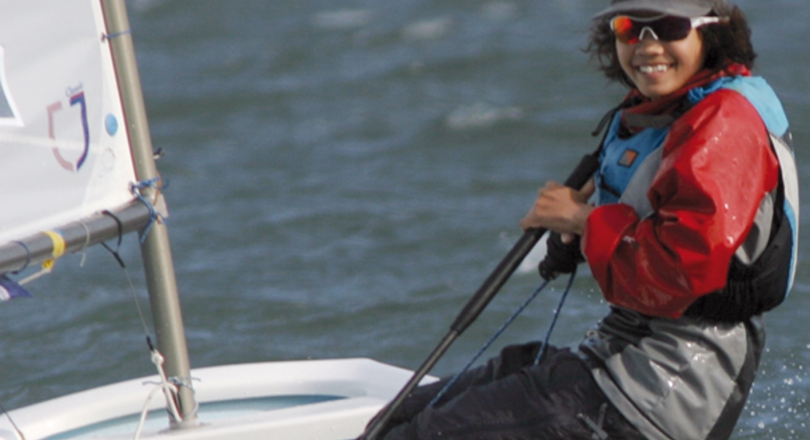 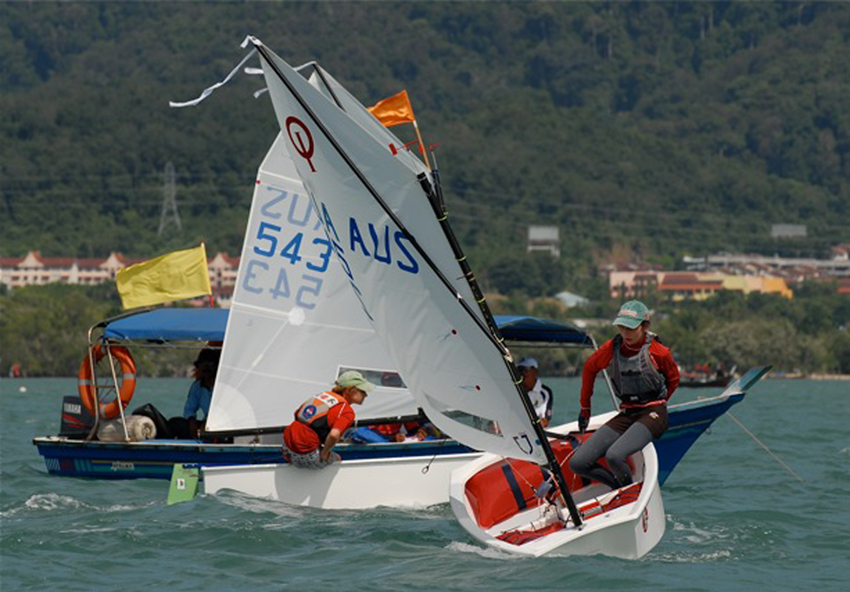 Yann VINCENT from Hong Kong has posted his photo gallery from the Championships, so go take a look!

These photos are available to friends and family but not for commercial use.

Today, the last day of the competition, sailing conditions were excellent, sunshine and 10-15 knots of wind. It was a much easier day for the race committee, lead by PRO Capt Arshad, who completed 4 more races for all divisions which permitted a second discard.

Apart from an OCS in race 10, Noppakao Poompat sailed flawlessly to continue her dominace of the fleet. After discards, she had an incredible 18 point lead over her closest rival.

The prize giving and closing ceremony were held on the balcony of the Royal Langkawi Yacht Club. After a buffet dinner, beautiful trophies were presented to the top 20 sailors in the Boys and Girls categories.

This has been an interesting event and a taste of what is to come when the IODA World Championships are held here in 12 months time.

On the penultimate day of racing, despite a break ashore of three hours in the middle of the day, three more races were completed. 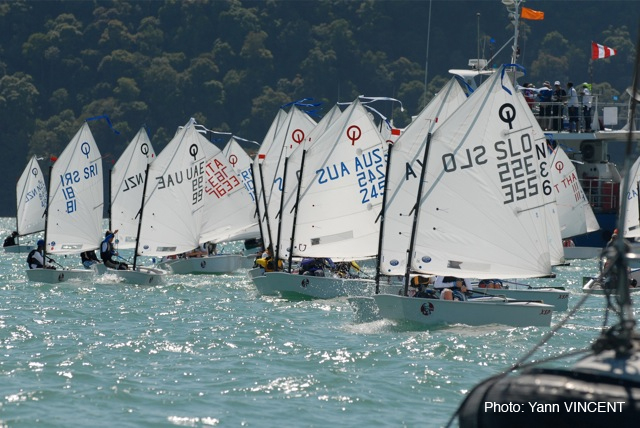 Noppakao Poompat continues to dominate after 8 races. Allowing for one discard, she has a 15 point lead from Carlos Robles (Spain) and Mohammad Faizal (Malaysia). There are only two points between second and third place which should see highly competitive racing tomorrow, the final day.

Today saw 8 hours of exciting team racing on a course laid in front of the Sailing Centre. Praise must go to the race committee who worked hard to keep the racing going, despite the light and shifty winds. 16 teams, 14 from Asian and 2 from Oceania raced hard for a place in the Final and the chance to become the Asian Team Racing Champions.

The early rounds went predictably to the seeding except that Korea unexpectedly defeated New Zealand in the first round. They improved throughout the competition and demonstrated that they are now a force to be reckoned with in team racing.

Australia were also impressive becoming one of the last 5 teams in the competition, finaly losing to Singapore.

One of the tightest races of the day was between China and Malaysia. China had defeated Malaysia at the World Team Racing Championships on their way to winning the World title in Brazil and were keen to display their superior skills. This time however, Malaysia, on home waters, narrowly defeated China on their way to a place in the final against Thailand. 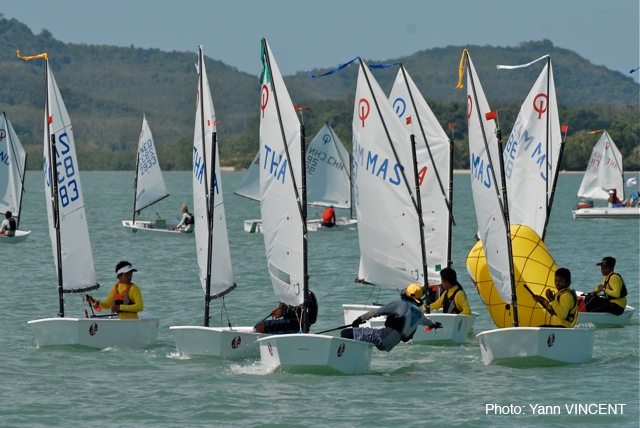 In a best of three final, Thailand, until now unbeaten, were the favourites. They won the first race easily but in the second, Malaysia took revenge with a comfortable win in what had now become very difficult wind conditions. The course was re-laid and in the third and final race, Malaysia took and early lead. As the wind again began to fail, Thailand benefitted from the new wind which made the final beat more of a run to the finish. Thailand came through victorious and retained the title that they won last year in Qatar. In third place were Singapore.

Tomorrow is the spare day and when the fleet racing resumes all will hope for stronger, more stable wind.

Today three difficult races were held in light winds and in temperatures that reached 42° C.

It was the intension of the race committee to have four races today but that was not to be. The first two races were held in 8 to 10 knots of wind. The third race for the first flight began in a failing wind of 5 to 6 knots and it ended in less than 4. Unfortunately with an out going tide, there were a number of sailors who did not make the time limit.

The second flight was abandoned at the gate as the wind died completely. The sailors returned to shore and waited. Late in the day their patience was rewarded as the wind filled in from a new direction and the flight was completed. 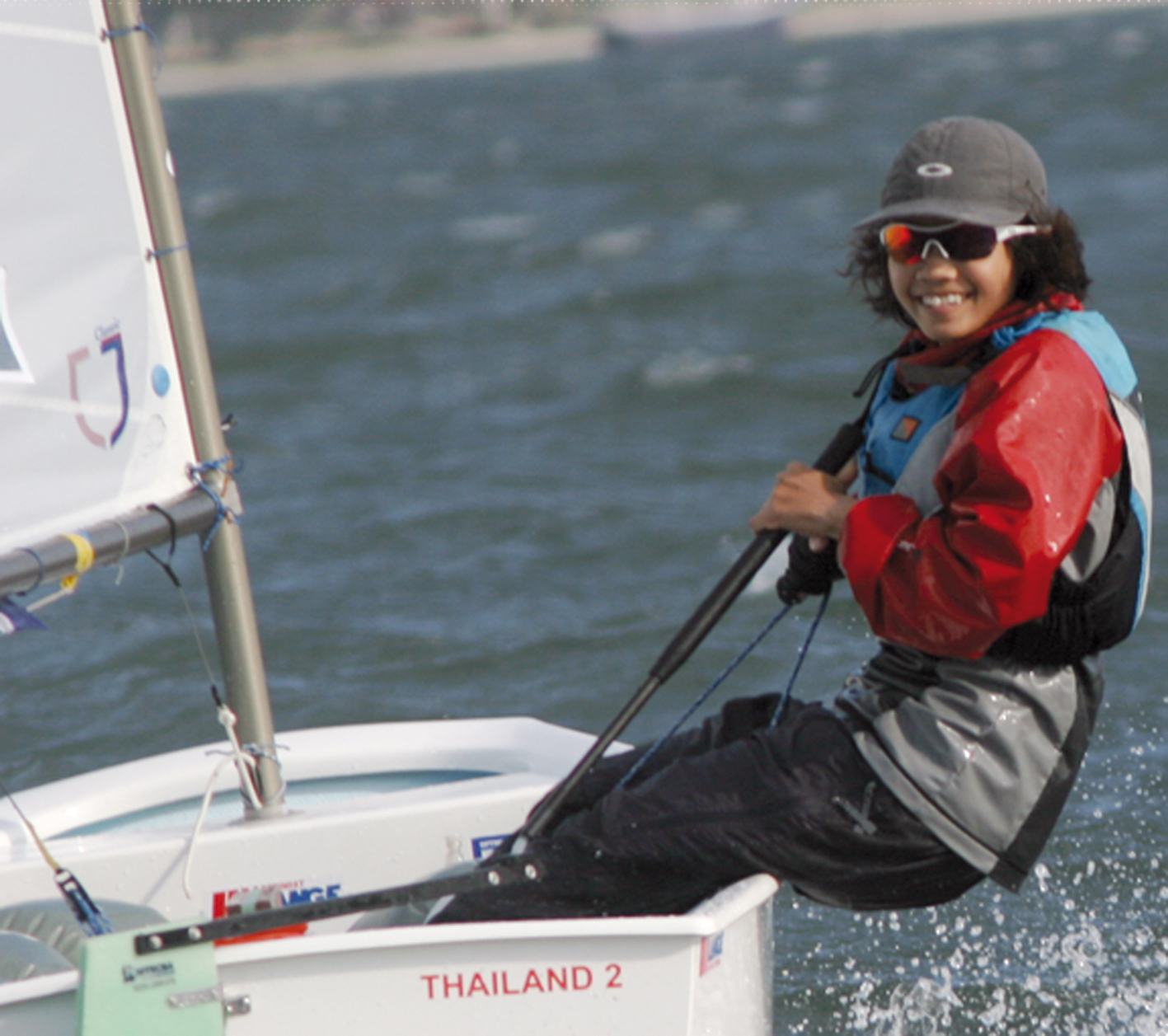 Noppakao Poompat continues to dominate and is the only sailor to have all race scores in single digits. This is a remarkable feat of consistency given the challenging light wind conditions.

On shore, Nuno Reis, a member of the IODA Technical Committee, has been busy running a measurement workshop for 14 keen measurers. This is part of a continuing training programme that IODA are running to assist their national members to update their skills and knowledge and to increase the number of people able to assist with measurement. The next workshop will be at the North American Championships in June 2010.

Tomorrow is team racing day and with many of the teams who finished in the top 10 at the World Championships back in August, here in Langkawi, this should see some exciting racing.

The IODA Asian Championship has begun. There are 25 nations participating of which 14 are Asian, a total of 121 sailors, a large fleet for a venue which will next year host the IODA World Championships.

At the colourful Opening Ceremony, the sailors were introduced to the dignatories and given commemorative medals after the opening speeches. Today, Sunday 13th, two practice races were completed in 8 knots of wind and the two fleets enjoyed a light weather race in preparation for the start of the individual fleet racing. The organisers are hopeful that the monsoon winds have now settled which should mean a steady wind direction.

The end of the first day of racing saw two girls leading the ranking of the IODA Asian Championship. After two races, Noppakao Poompat from Thailand (First Girl and fourth overall at the Worlds in Brazil) and Kimberly Lim from Singapore, have accumulated 3 and 4 points respectively, with a 6-point lead over local sailor Muhamad Faizan, who is in third place. Muhamad however, is not in an easy situation as he and three other sailors are all tied on 10 points.