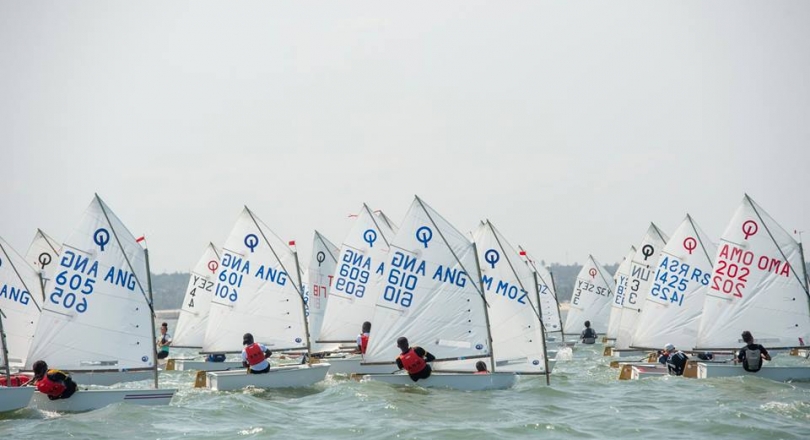 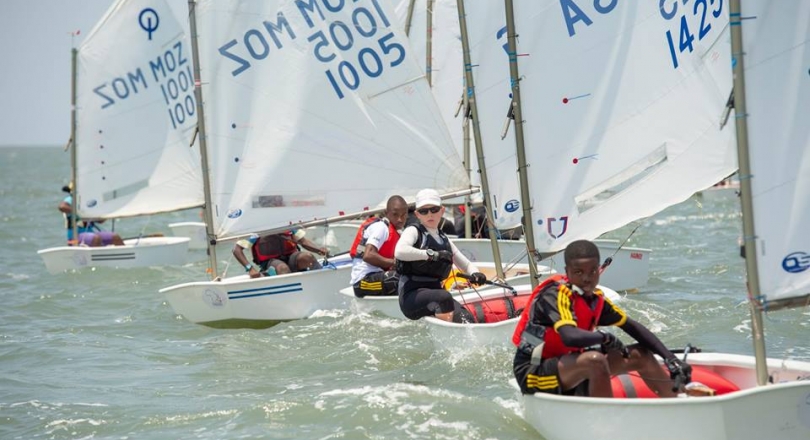 66 sailors from 10 nations had near perfect sailing conditions to complete three races in the qualifying series.  The sailors had some nervous energy for the first race of the day and were a little too aggressive to start racing.  This resulted in 15 of them being BFD in Race 1. They soon settled down for the next two races.

Top of the leaderboard after three races is Matt Ashwell of South Africa with 3 first place finishes for a total of 3 points. He is followed by Mohammed Al Qasmi of Oman in second place with 14 points and Armindo Sousa  of Angola in third place overall just two points back.  Top sailor from the host nation is Nildo Chipanga of Mozambique following in the 4th place with 30 points.  He is tied in points with Braulio Gumba of Angola in 5th.

Racing continues tomorrow for the second day of the qualification series.

For news and other information, go to the event microsite, http://2018africans.optiworld.org/en/default/races/race

For results, go to http://2018africans.optiworld.org/en/default/races/race-resultsall