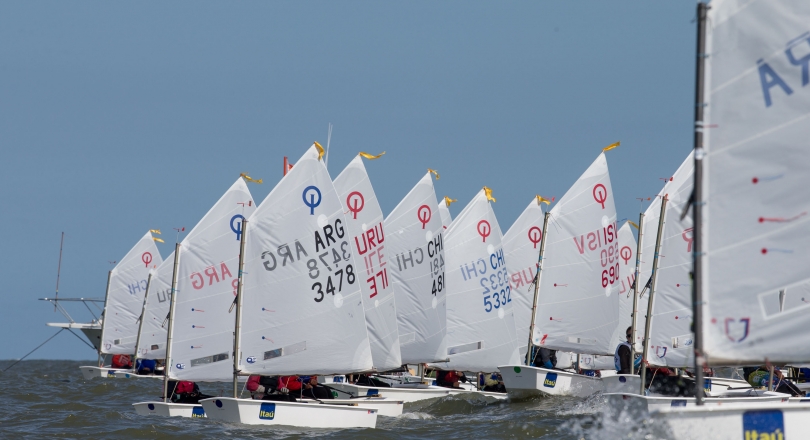 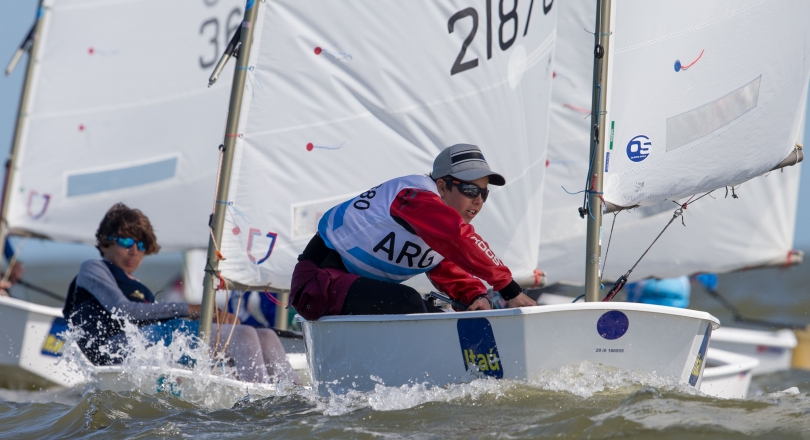 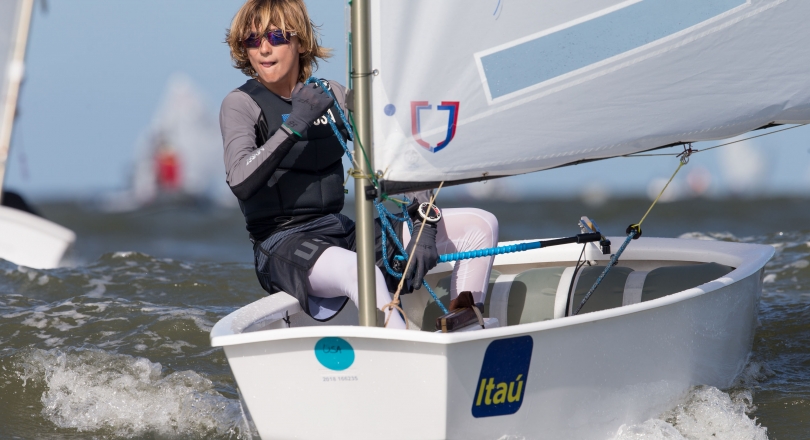 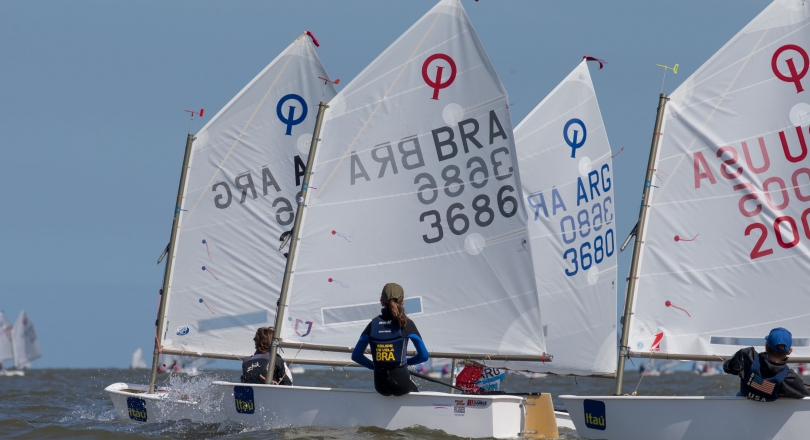 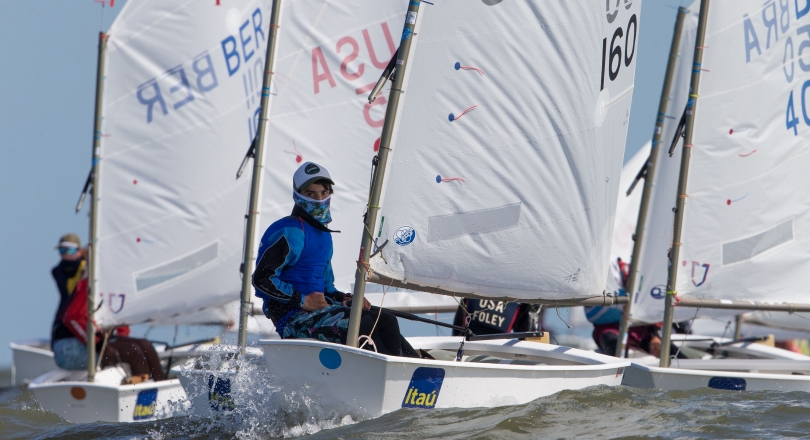 Three races were completed for all three fleets yesterday at the 2018 Optimist South American Championship, hosted by the Yacht Club Uruguayo, in Montevideo, URU for a total of 9 races in the day.

After three races, 2017 North American Champion, Stephan Baker (USA) leads the fleet with three wins.  He is followed by teammate Peter Foley (USA) and Lorenzo Balestrin (BRA) both tied in points for second and third overall.  Top girls at the end of the first day are Katharine Doble (USA) in 4th overall followed by defending 2017 South American Champion Florencia Chiarella (PER)  in 7th.

Today is the second day of the qualification series, before taking a break tomorrow for the 2018 South American Team Racing Championship and 2018 Nations Cup.  Ranking of the 16 teams in each event will be based on the overall finishes of the top four sailors in each team after today’s racing.

The fleet allocations (yellow, blue and red) have all been changed for today, so all the sailors will face new competitors on the starting line.  Three more races are scheduled today to round out the qualification series.

The races will all be tracked today.   Go to the event website 2018southamericans.optiworld.org to watch the racing live as well as get up to date information on notices to the competitors and race results.  Images of action by Matias Capizzano both on and off the water can be found in the Photo Gallery on the home page.