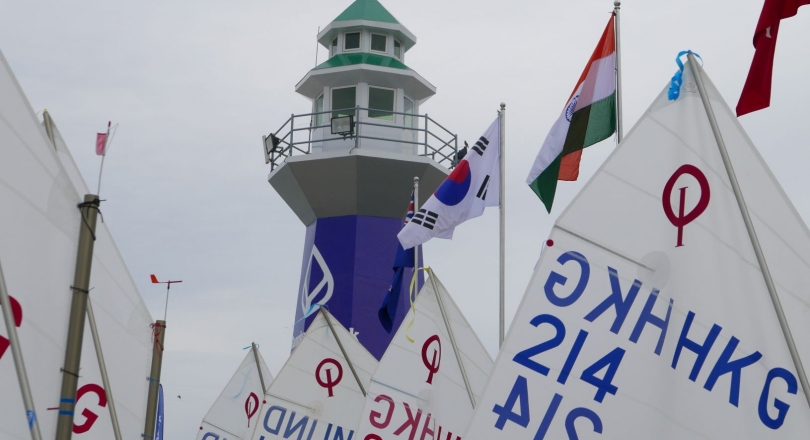 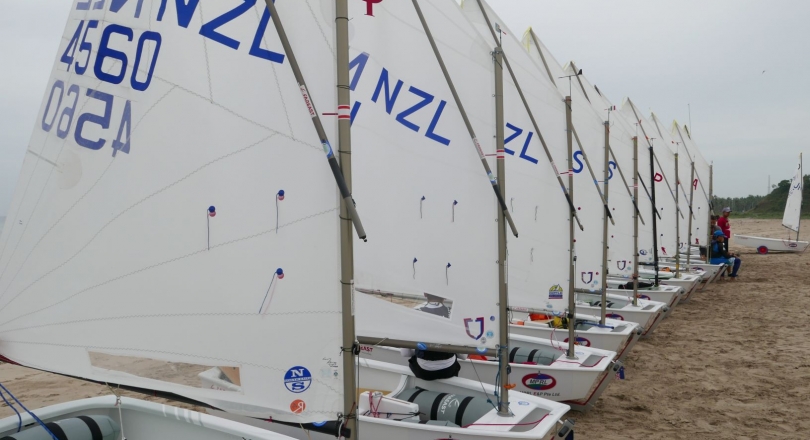 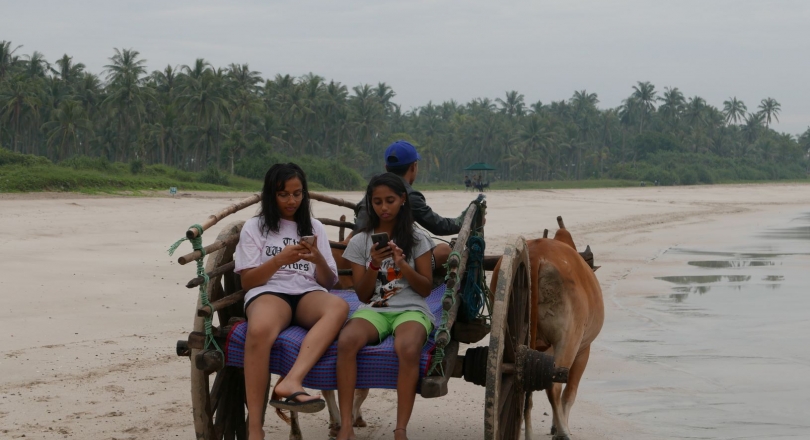 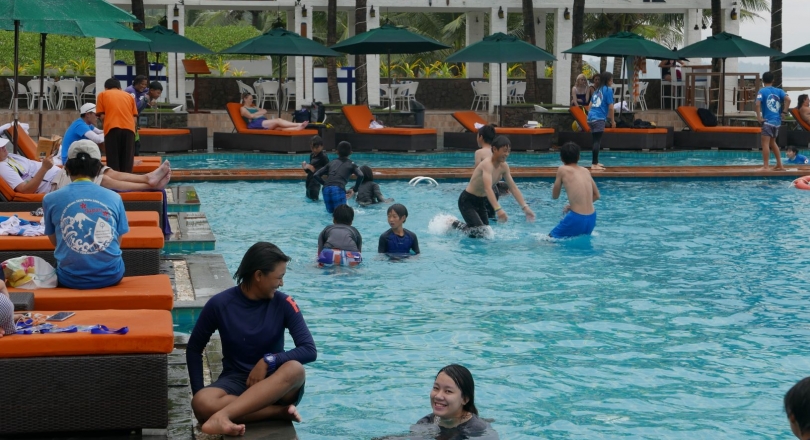 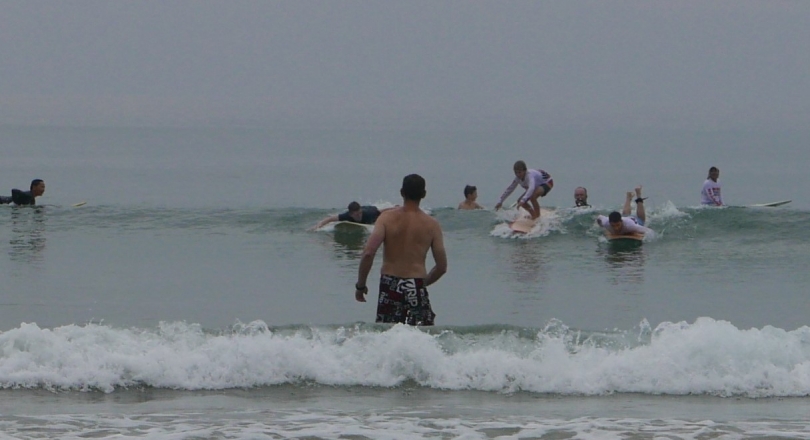 Following the excitement of the Opening Ceremonies, all of the sailors were up early, running and exercising on the beach, and were rigged and ready to go by 9:00am this morning.

However, Cyclone Gaja that is hovering off the coast of India is playing havoc with the weather here in Myanmar.  Typical weather this time of year is clear blue skies, hot days, and predictable thermal sea breezes from the NW that come in like clockwork.  But today, the day started with overcast skies and 7-9 knts of wind coming offshore from the east. Not a good sign.

Racing was scheduled to start at 11:00hrs, so both the Yellow and Blue fleets departed the shore about 10:30. Starting got underway shortly after 11:00am in about 5-6 knots of wind with the Yellow Fleet starting first with a clear start followed by the Blue Fleet also having a clear start.

The Yellow fleet had completed rounding Mark 1 and was approaching Mark 2 and the leaders of the Blue Fleet had just reached Mark 1 when the race was abandoned by the Race Committee.

The first three boats in the Yellow Fleet at Mark 1 were Jedtavee Yongyuennam (THA) in first, with Panwa Boonnak (THA), bronze medalist at the 2018 Optimist World Championship in second, and Frederick Parkin (USA) in third.  In the Blue Fleet, first to Mark 1 was Weng Yadi (CHN) followed by Bowonnan Chanram (THA) in second and Wang Shihao(CHN) in third. Unfortunately for these leaders the wind dropped to 2.5 knots along with a major wind shift and the race was abandoned as a result.

Rain had settled in and the wind was dying.  After several attempts to reset the course without much success, the decision was made to head back to shore after a few hours on the water.

The sailors came ashore, quickly derigged, dried off, and headed to the numerous activities to fill the rest of the day.  Some went riding on oxcarts on the beach, others were surfing the waves on surfboards, and many were enjoying swimming and hanging out at the pool.

With Cyclone Gaja stalled offshore, it is difficult to predict what tomorrow will bring in terms of weather.  The start of racing has been brought forward tomorrow to 9:30 am in hopes of taking advantage of the early morning breezes and getting a couple of races completed.  The 2018 Asian and Oceanian Team Racing is scheduled for the following day.