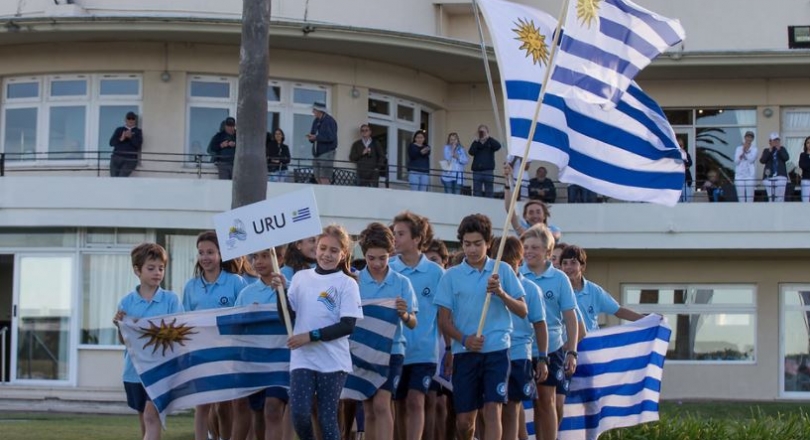 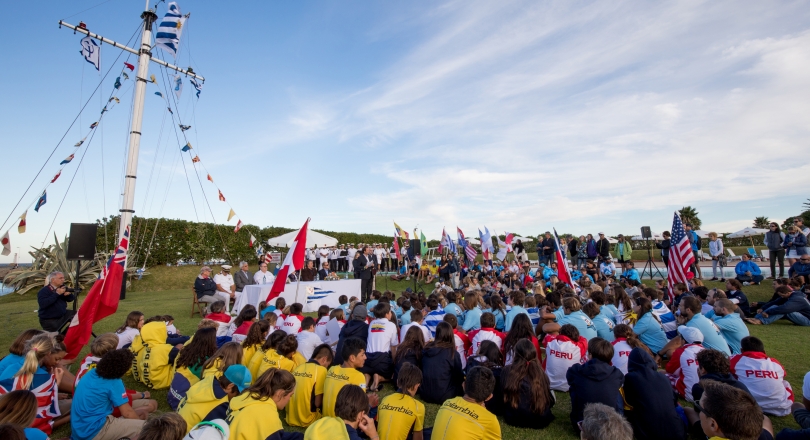 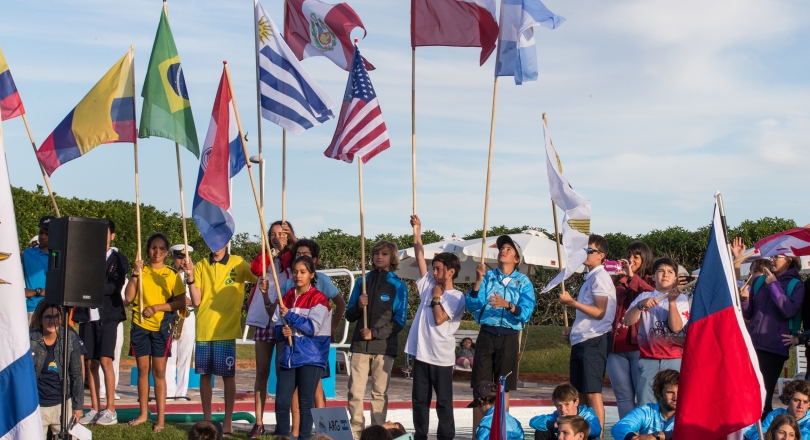 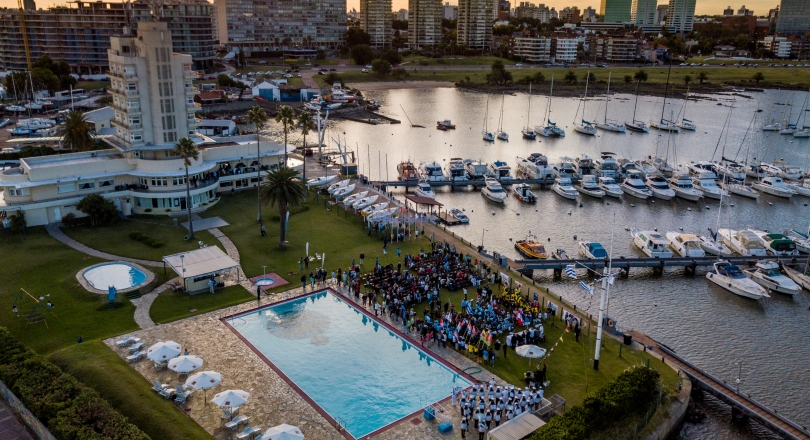 The 2018 South American Championship Opening Ceremony too place by the poolside of the Yacht Club Uruguayo, the host venue of the championship as the sun was setting over Montevideo, Uruguay.

168 sailors from 12 countries took part in the Parade of Nations which is the opening act of the ceremonies.  It is always the favourite part for the sailors as the proudly carry their flags and wear their team uniforms for the occasion.

The home team from Uruguay is the largest team at the championship with 38 sailors.  They have been training all summer in preparation for the event on their home waters.  They will be hotly contested from sailors from ARG, BER, BRA, CAN, CHI, COL, ECU, PAR, PER, USA, and ISV.

The reigning 2017 South American Champion, Florencia Chiarella (PER) is back to defend her title.  She will be chased by 2017 US Nationals and 2017 North American Champion, Stephan Baker (USA) and Santiago Pacheco (URU),  the 2017 URU National Champion and champion of the "Invitation Cup 2017" held in Bermuda,

Racing starts today, so check out the tracking on the event website to follow the action, http://2018southamericans.optiworld.org/en/default/races/race-tracking

For news, results, and fabulous images by Matias Capizzano, go to the event site   2018southamericans.optiworld.org.