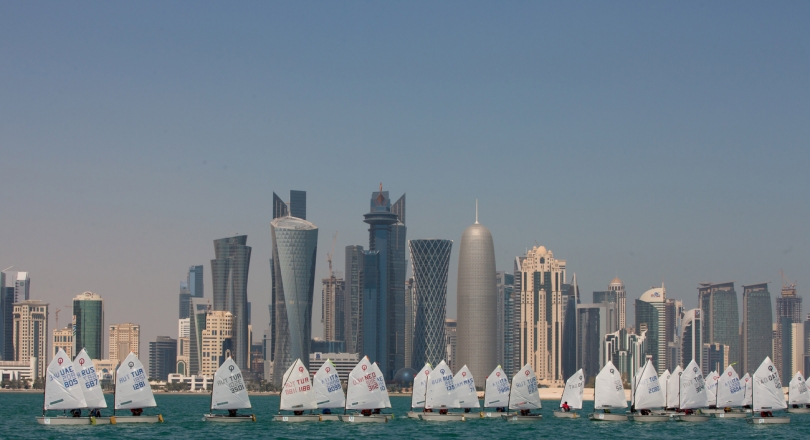 Another good day on the water in Doha with eight qualifying series races completed.  The wind today was very shifty initially and the first race for yellow fleet  started at 11:35 in 6 - 8 knots.  By the start of the second race for both fleets the breeze had increased slightly to 9-10 knots from 140 degrees.  After the success of the previous day of racing, the race course was set close to the city again.  Tomorrow it is anticipated that the course will be back in the original location, close to the beach, where conditions for racing have been excellent.  Friday's start will be a little later at 13:00. 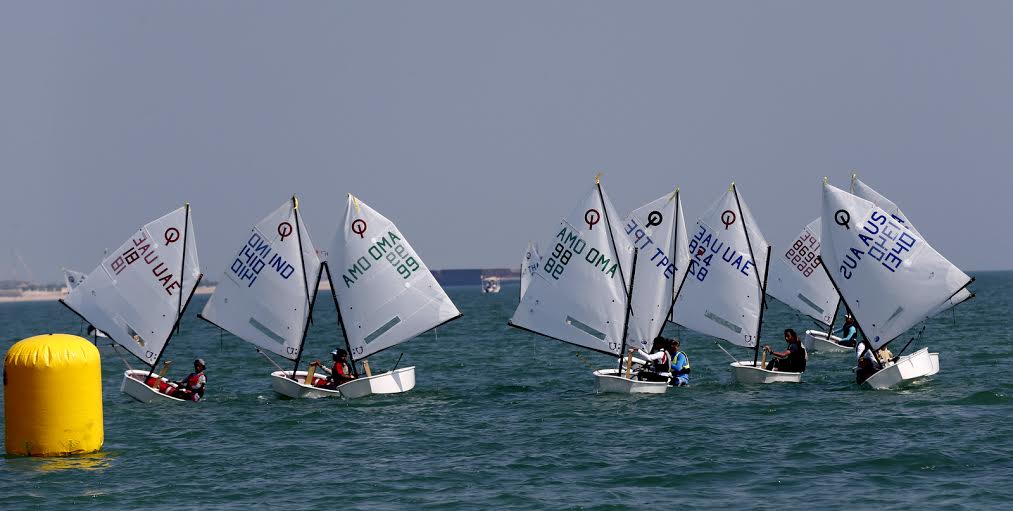 Today is a lay day with racing continuing tomorrow. 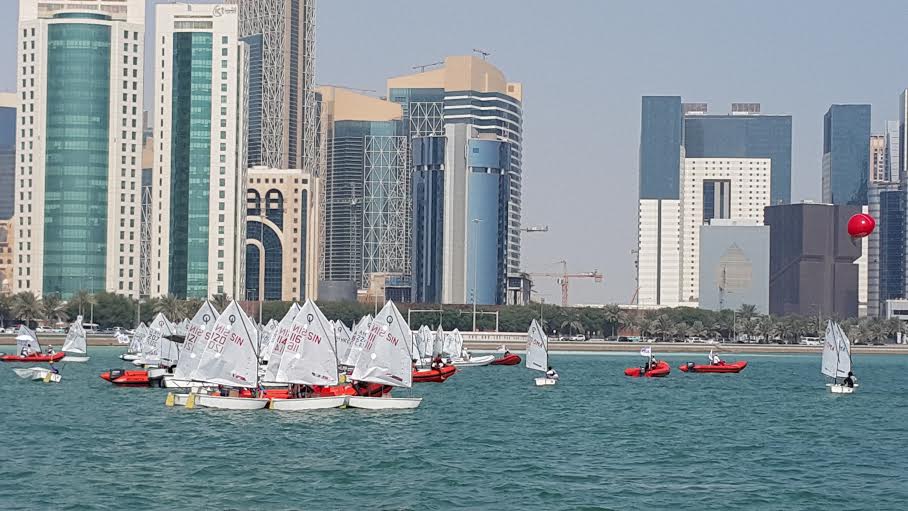 Tomorrow is the Team Racing Championship.

The Ranking of Teams can be found here

The Preliminary Grid can be found here 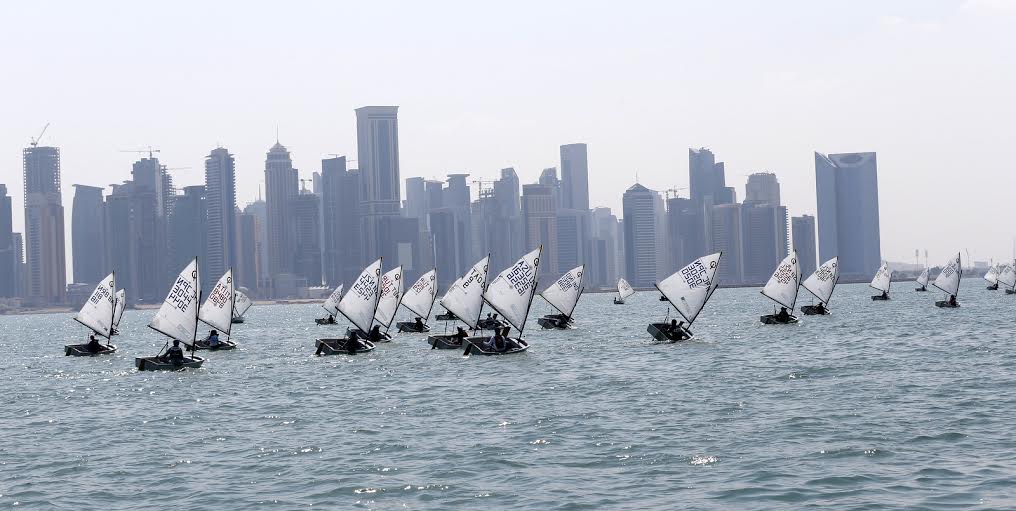 Racing Report Day Two:  Today another three races were achieved for both the yellow and blue fleets and a total of 6 races for each are now complete. This morning saw yellow fleet start at 11:35, in 6 knots of breeze from 75 degrees,  followed in quick succession by blue fleet at 11:59.  The breeze for the day continued light and shifty increasing from 6 knots during the first race to 8 knots for the second, and diminishing to 7 for the third.Each race was approximately 48 minutes long, with the last race of the day ending just after 16:00.    Six nations are in the top 10, led by Singapore and followed by Thailand, Australia, Turkey, Italy and Oman.

Provisional Results for Day 2 can be found here 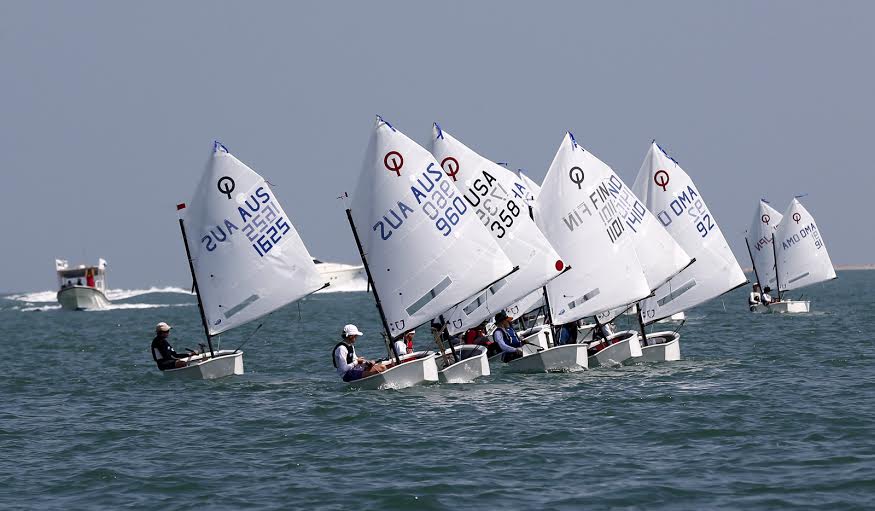 Provisional Results can be found here

TRACKING can be found HERE

The Sailing Instructions can be found here

The 2015 Optimist Asian & Oceanian Championship will begin on October 23 in Doha, Qatar and continue through October 31.  There are 118 sailors registered from sixteen countries:  Australia, China, China Taipei, Finland, Hong Kong, India, Italy, Japan, New Zealand, Oman, Qatar, Singapore, Thailand, Turkey, UAE, and USA. The first race of the IAOC is scheduled for Sunday, October 25.  There will also be a Team Racing Event on Tuesday, October 27.  Closing Ceremonies will be the evening of Friday, October 30.  Watch this space for daily updates.