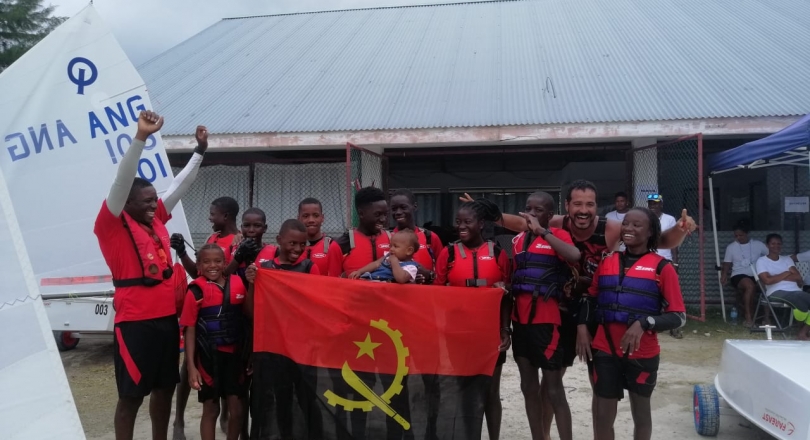 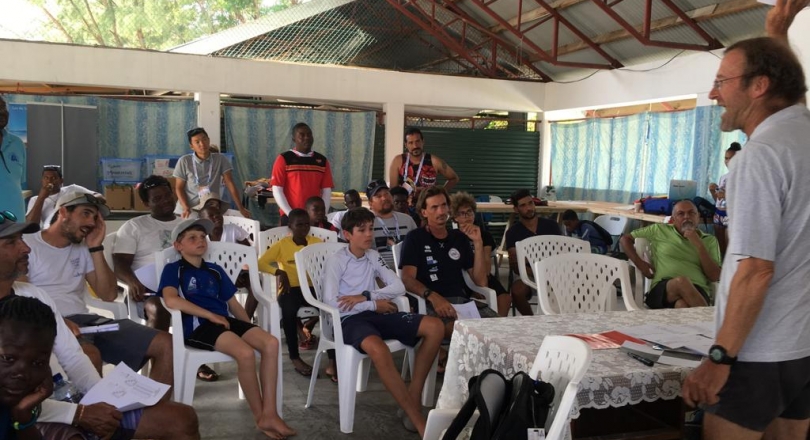 Eight teams from 6 different countries battled it out for the 2019 African Team Racing Championship title taking place in beautiful Mahe, Seychelles as part of the 2019 Optimist African Championship.

Team racing guru and Chief Umpire at the event, Chris Atkins, gave one of his legendary rules review sessions prior to the one day of team racing.   Everyone learned lots of new tricks and strategies on how to beat the opposing team.

Angola and Seychelles entered 2 teams each that competed against teams from South Africa, Mozambique, Tunisia and Reunion Island (FRA).

Three rounds took place consisting of a Round Robin, the Semi Finals and Finals. All eight teams made it to the finals with Mozambique beating South Africa to take the bronze medal.  Angola Team 2 won two of the three final races to beat their teammates, Angola Team 1 to take the title and gold medal

Everyone thoroughly enjoyed the day of team racing, a highlight of the championship, as can be seen from the smiles on the faces of the Angola Team.

Team Racing not only helps young sailors learn and apply the racing rules but helps to improve their boat handling skills as well. Most importantly, it is a ton of fun because it enables them to race with their friends as a team together.

For more information on the 2019 African Championship go to the event microsite at http://2019africans.optiworld.org/en/default/races/race