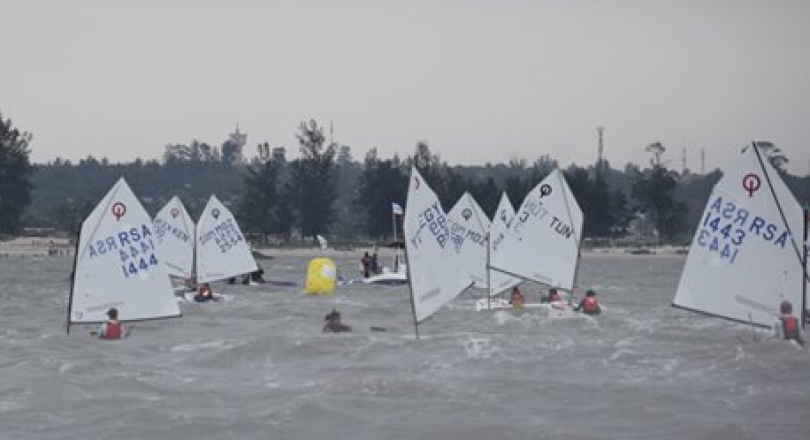 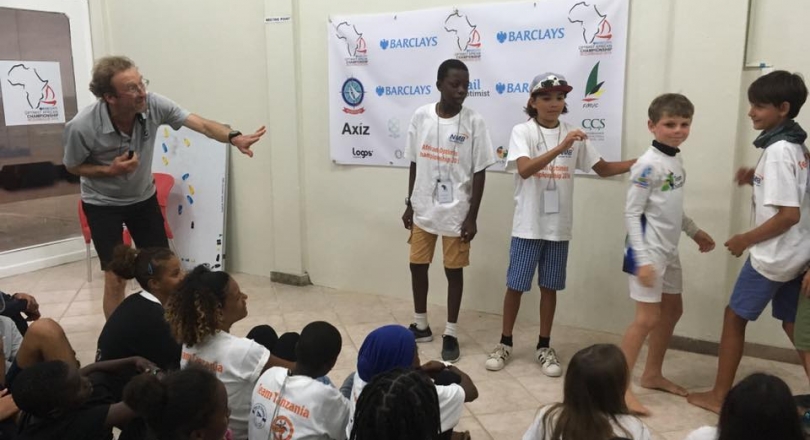 A change in weather with strong winds meant that only one race was completed on the second day of racing at the 2018 Barclays Optimist African Championship, hosted by the Clube Maritimo de Desportos in Maputo Bay in Mozambique.

Matt Ashwell (RSA) liked the stronger breeze finishing 1st place again today to give him four 1st place finishes overall to put him solidly on top of the leaderboard with a total of 4 points.

Armindo Sousa (ANG) jumped to second overall with an 11th place finish to pass Mohammed Al Qasmi (OMA) who now stands in 3rd place overall.  Mozambique’s Nildo Chipanga who had a 6th place finish in the stronger winds was able to hang on to his 4th position overall.  Ronancio Paulo (ANG) leap frogged from 11th to 5th place overall by finishing 5th place in the race today.

Top girl at the championship lying in 13th Overall is Denise Parruque (MOZ) who jumped 5 places from the day before with a 4th place finish in the race today. Second girl overall is Ingrid Holm (RSA) in 15th who struggled a little bit with the stronger winds.

Everyone is hoping for lower winds for the next day’s racing as 13 teams will battle it out in the 2018 Barclays Optimist Team Racing Championship.

Following racing today, Team Racing Guru and Chief Umpire, Chris Atkins gave one of his infamous team racing sessions to all of the sailors.