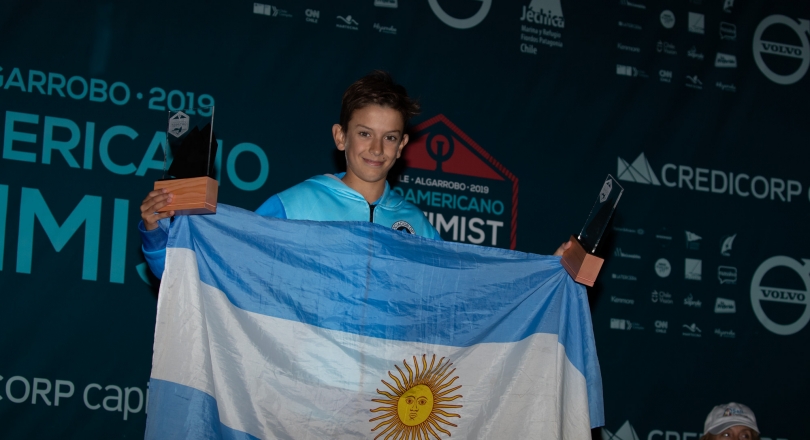 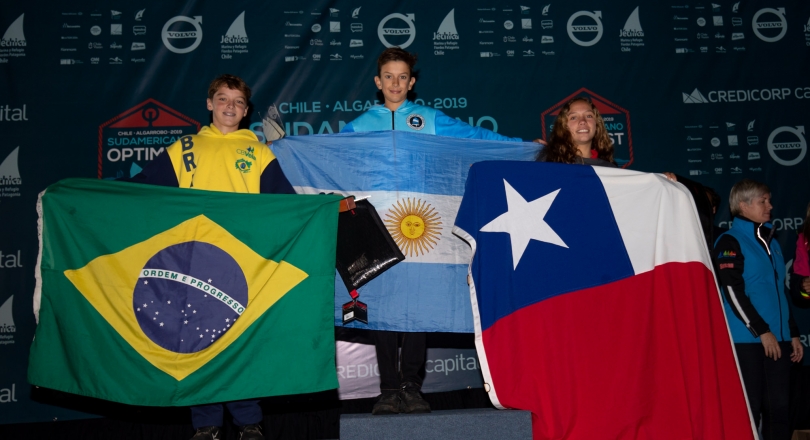 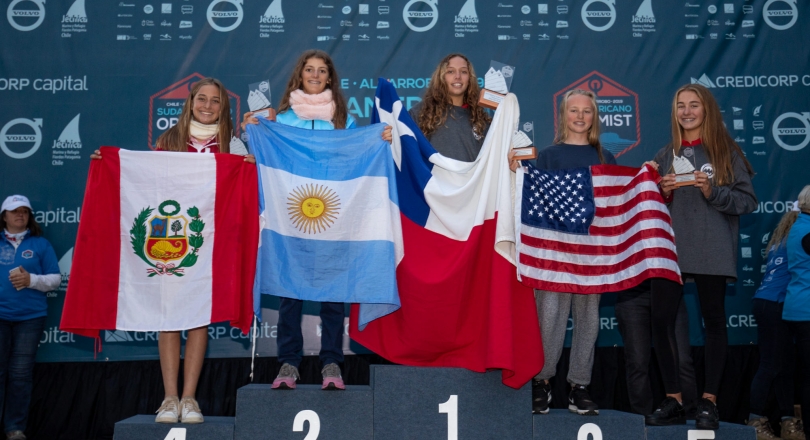 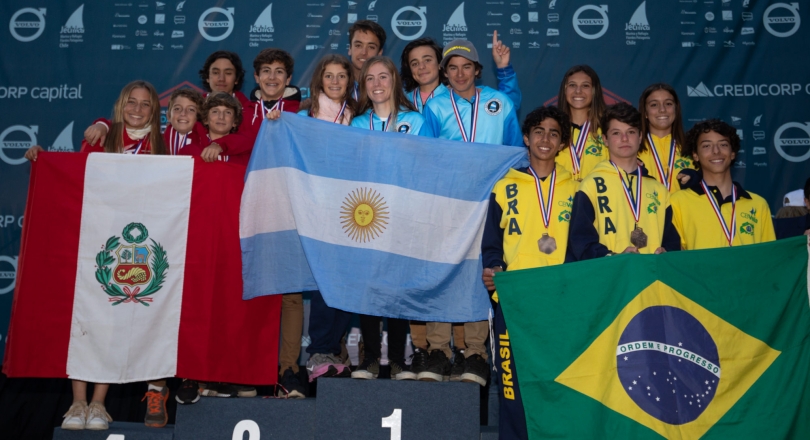 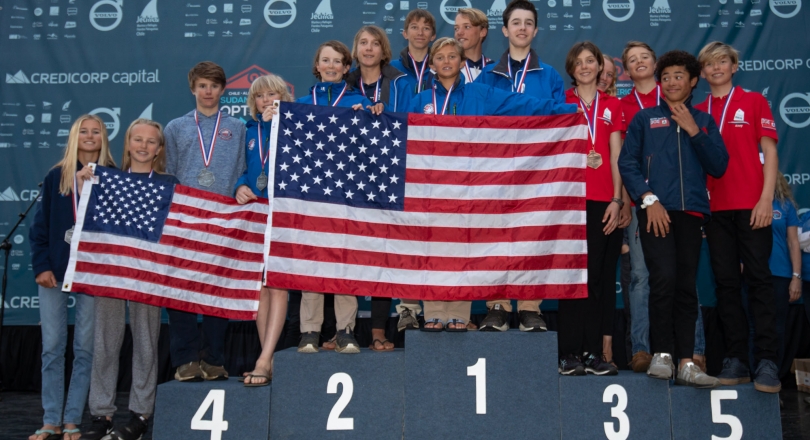 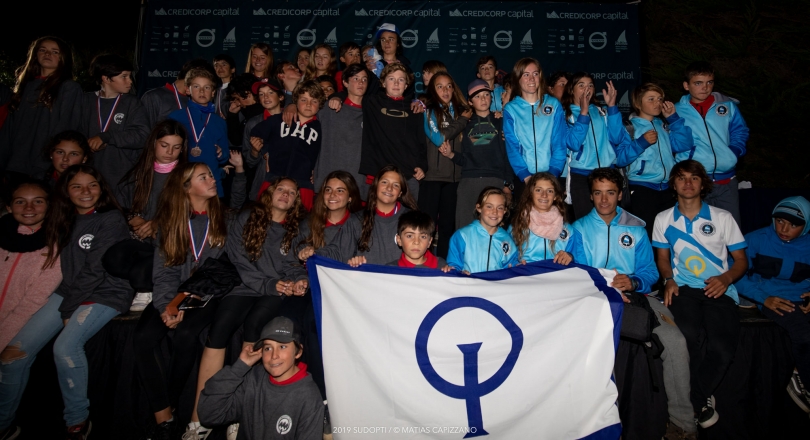 Unfortunately, there was no racing in the last two days of the championship due to lack of wind.  A hard way to end a regatta for everyone involved.

Despite the long waits for wind, the competitors all had a great time keeping themselves busy and entertained with their new-found friends and teammates.

As a result, the race results after the 4th Race on the second day of competition stand and it is Santino Marcatelli of Argentina who was on top of the leaderboard at the time, who has defended his title as the 2019 South American Champion.  He is followed by Guilherme Menezes of Brazil in second, who was tied with Rafaela Salvatore of Chile with 15 points each.  Rafaela was awarded third place overall and the top girl at the championship.

Victoria MacKinnon from Argentina, the 2018 European Girls Champion, finished 4th just two points back and tied with Benjamin Guzman of Chile with 17 points each, to finish in 4th and 5th overall respectively. Americans Thomas Sitzman and Samara Walshe followed in 6th and 7th overall, and Maximo Videla or Argentina, who was 5th overall at the 2018 SAMS, finished this year in 8th place.

In ninth overall was Alex Kuhl of Brazil followed by Tadeo Funes de Rioja of Argentina in 10th.  Tanner Krygsveld of the US Virgin Islands just missed the top ten by one point to come in 11th overall.

The top 5 girls regardless of their continent of residence were given awards.  They are:  Rafael Salvatore (CHI), Victoria MacKinnon (ARG), Samara Walshe (USA), Maria Gracia Vegas (PER), and Francisca Novion (CHI).

The 2019 South American Team Racing Championship was awarded to Argentina, followed by Peru in second and Brazil in third.

The 2019 Nations Cup was awarded to the USA in first and second and Bermuda in third.

The championship was closed with the traditional handing over of the IODA Flag to the next host of the South American Championship which will be taking place in Mar del Plata, Argentina next year.

Although the wind was a challenge this year at the 2019 South American Championship, IODA would like to congratulate and thank the organizing committee for the planning and hosting of this very important IODA championship.  We would like to particularly thank Santiago Lorca, the chairman of the Organizing Committee and his team of dedicated volunteers for all their time and effort over that past several months to ensure that the event was a success and for their warm hospitality in welcoming 17 countries to Algarrobo, Chile.

For news, photo gallery, and tracking go to the event website http://2019southamericans.optiworld.org/en/default/races/race

For fleet results go to: http://2019southamericans.optiworld.org/en/default/races/race-resultsall

For team racing results, find the grids at  http://2019southamericans.optiworld.org/en/default/toa/race/docs/Race+Committee+Documents

Download the Mobile App at the Apple Store or Google Play Store to review on your smart phone.