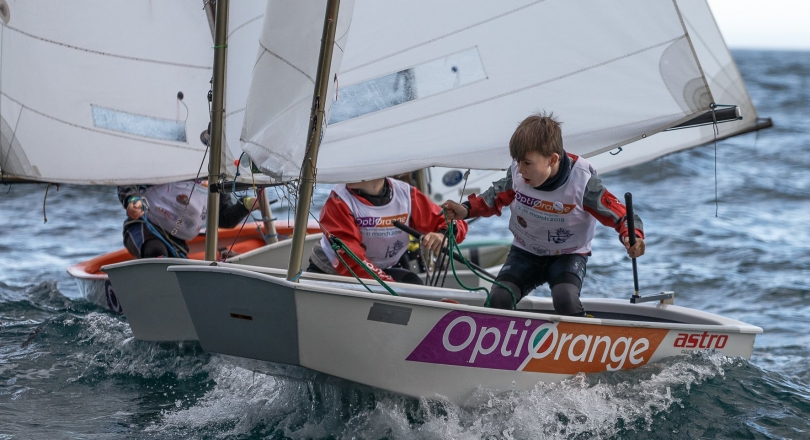 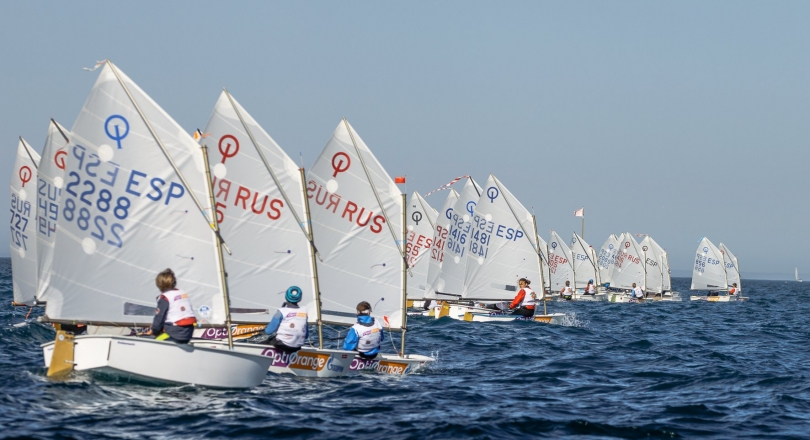 Less than 10 days left to start of the second edition of the OptiOrange Valencia regatta to be held in El Real Club Náutico Valencia 7th to 10th March 2019. Organized by the St.Petersburg Yacht Club and El Real Club Náutico Valencia OptiOrange was successfully inaugurated in 2018 and for the second edition the entry list have grown twice. The mascot of the competition will be Naranjito.

With almost 350 sailors from 15 nations both Europe and Americas, the OptiOrange quickly promotes itself to the one of the largest region’s Optimist class regattas.  The entry list reads like who’s who of the top level European Optimist sailing. Large Spanish squad is led by Optimist Worlds’ winner Maria Perello Mora (CN Arenal) and vice European champion David Santacreu Traves from Tenerife. Also the one to look after is Miguel Campos – the Spanish Optimist Excellence Cup current leader.

Belgium is represented with almost whole Optimist squad that could be seen in recent Worlds and Europeans. The Irish crew is just top five placed sailors from 2018 island’s nationals. The whole development crew arrived from the Netherlands. Good competition is expected from the UK, Polish, Italian and Swiss teams.

Not to be missed some small teams. Latvia has only two entries but Martin Atilla has just won Palamos with 500 entries and currently placed second overall in the Spanish Optimist Excellence Cup. Bermuda is represented by four where Christian Ebbin is current national leader that has won the UK Nationals 2018 overall. Ukraine has only one entry but Maria Leonchuk is not new to sailing as her father Georgiy is 49er Athens silver medalist.

Second largest team is not surprisingly Russian. The sailors mostly represent growing St.Petersburg fleet. Among 46 entries both developing and experienced there are twice nationals’ medalist Kirill Shunenkov and Nikita Chernykh who gained bronze in 2018 nationals.

“Conceived as winter training session for Russians with local sailors the OptiOrange Valencia proved to be good start up – St.Petersburg Yacht Club’s Commodore Vladimir Liubomirov comments, - we are very happy to witness such a rapid growth of the event and definitely with kind support of El Real Club Náutico Valencia will do our best to keep up with expectations”.

The hosting city will be of great help to reach this goal. Right at the regatta time there is famous fire festival in Valencia – Las Fallas that will be interesting to experience for both kids and adults. Also a free visit to The Aquarium at the City of the Arts is included in the entry fee. During the racing days the competitors will be supplied with meals and oranges are true unlimited. Furthermore, it is possible to store the trailers for the upcoming Spanish Nationals and other forthcoming events.

Before and during the regatta famous coach Pieter Van den Bossche will be available to assist and conduct clinics for competitors. Founder of “8 Days a Week” coaching team, Pieter managed to succeed as an Optimist class coach with many trophies won by his trainees. His OptiOrange Valencia clinic will last for 3 days, on 5th–7th March.