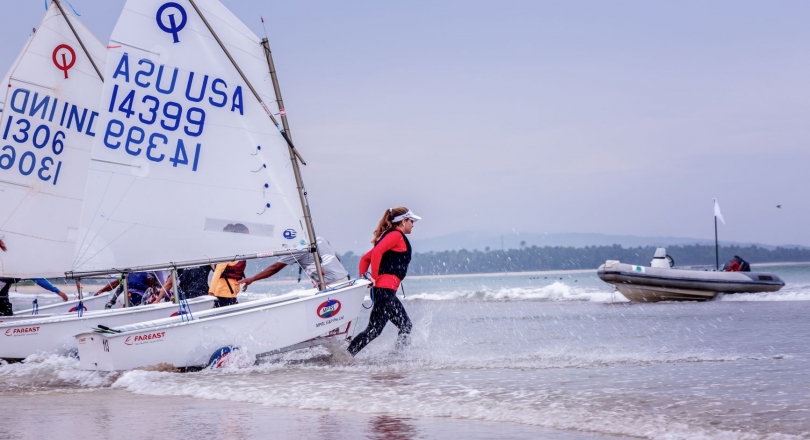 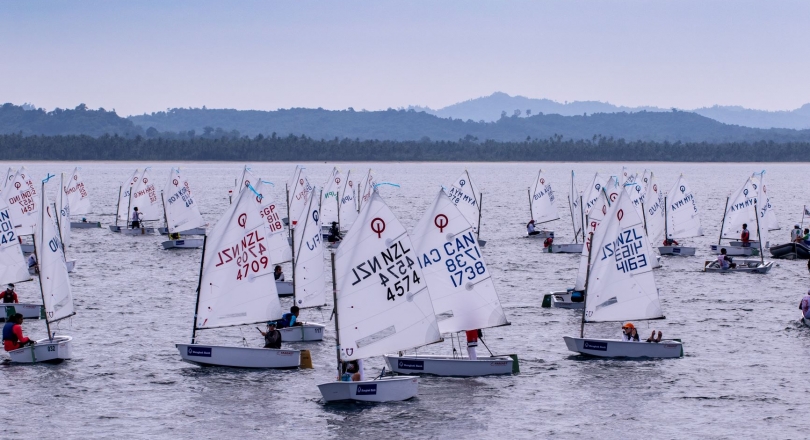 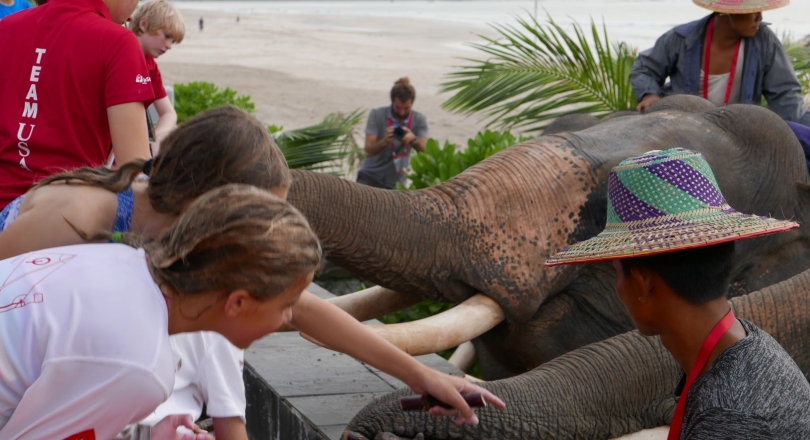 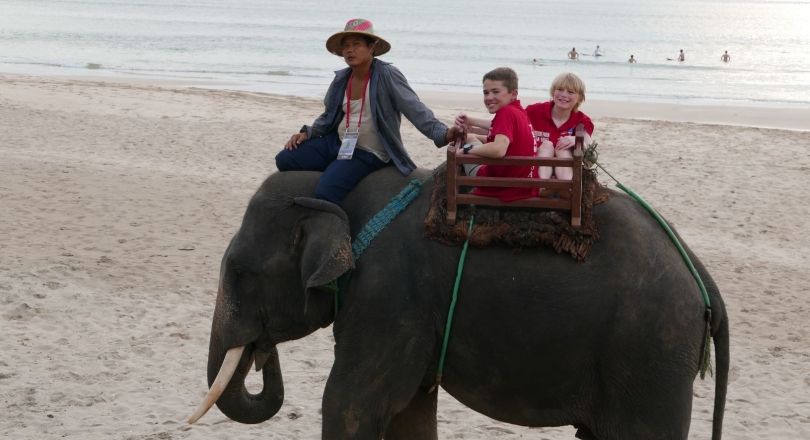 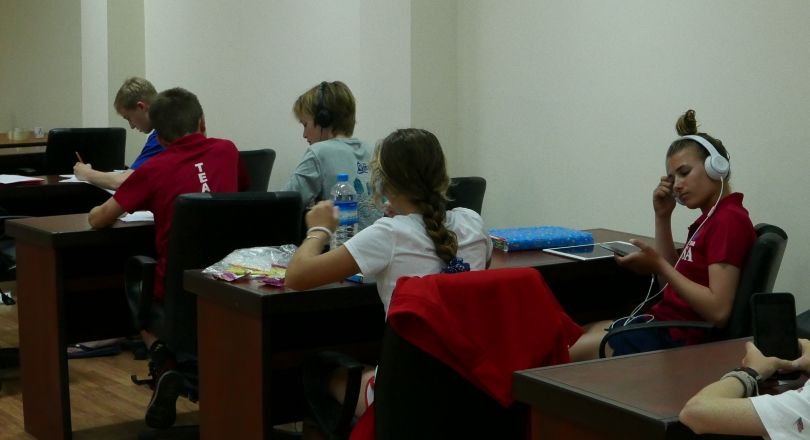 It was an very early start today at the 2018 Optimist Asian and Oceanian Championships at the Ngwe Yacht Club & Resort in Myanmar as the Race Committee wanted to take advantage of any breeze in the morning. Although Cyclone Gaja is still affecting the area, it was a bit of a gamble to see if some races could be completed earlier in the day.

The boats were launched at 8:00 am and the first gun was approximately 9:00am in light 5-6 knots of wind.   The biggest factor challenging the sailors today was the strong current, which may have been a factor in why the first race was abandoned.  The Yellow Fleet was unable to make it to Mark 1 within the 30 min time limit. The Blue Fleet race that had started behind them was also abandoned as a result.

The Race Committee waited for the wind to fill in before resetting the course and starting again.    The second start for Yellow Fleet Race 1 took place at 11:20 under Black flag whereby 3 boats were BFD’d.   Two each from THA , JPN and SGP were the top 6 boats to Mark 1.  However, the THA team came on strong for the remainder of the race to take the top four spots at the finish.   Patihan Vorrasart took top honours followed by teammates Jedtavee Yongyuennarn, Panwa Boonnak, bronze medalist at the 2018 Optimist Worlds, and the top girl in the race Chalisa Krittanai in fourth.  Rounding out in 5th in the race was Josaih Tan of SGP and Htet Lin Zaw of MYA in 6th.

The restart of Race 1 for the Blue Fleet took place 10 min later also under Black Flag, whereby one sailor was BFD’d. In this race, China that was dominant team at MARK 1 rounding in 2nd, 3rd and 4th.  First at Mark 1 was Bowonnan Chanram from THA.  As the wind continued to die, the RC was forced to shorten the race at the Mark 3 gate for the Blue Fleet.  Bowonnan Chanram was able to hang on to the top spot with CHN teammates Gang Siyi, the top girl in the race in second and Wang Shihao in third.   Faith Hailey Toh (SGP) was in 4th followed by Meka Bhanubandh( (THA)  in 5th.

After Race 1, the wind continued to die, so racing was abandoned for the day. Since it was an early start, the teams were towed to shore.  It was still early in the day, so they were keen to do some other activities.  The Organizers brought in some elephants to the venue for the sailors to feed and have a ride.   Many took advantage of the experience of feeding the elephants sugar cane as well getting a ride on the beach.

For most of the sailors this event takes place during the school year, so it is important that they keep up with their school work. Members of the USA team and other sailors typically have a school work session each day before dinner.

Since only one race has been completed in two days, fleet racing will continue tomorrow so that a qualification series can be completed.  Team Racing will be rescheduled for later in the week.

Tomorrow is TRASH HERO Day!  Teams will be picking up garbage along the beach after racing.