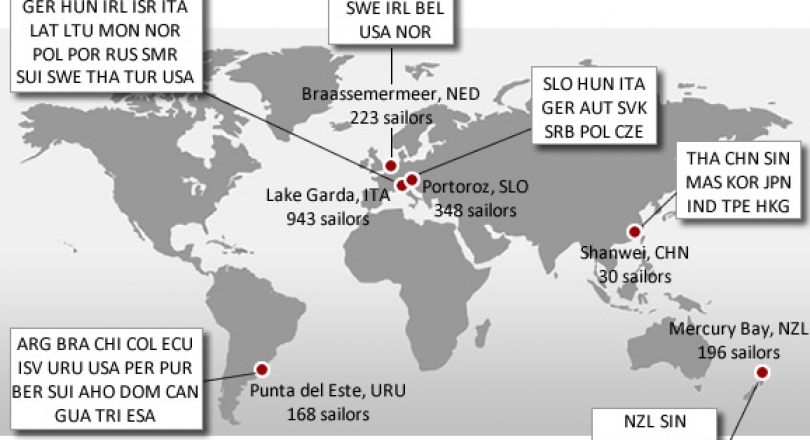 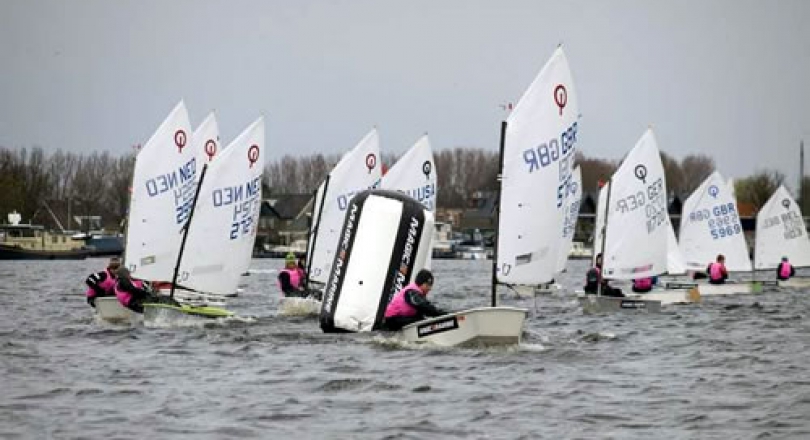 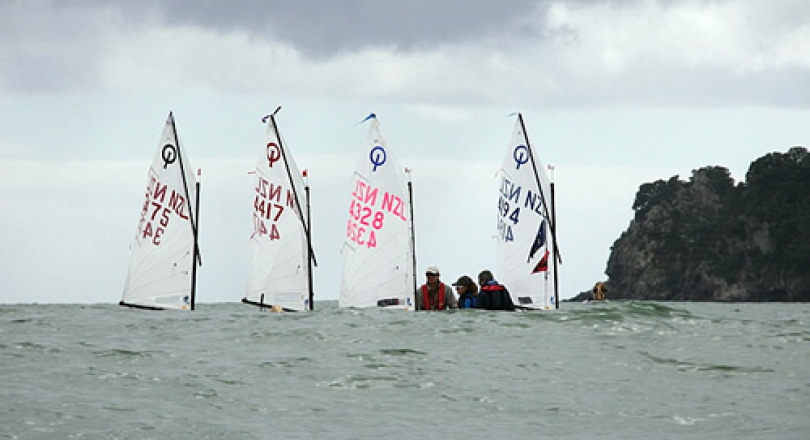 As it has been for many years now, Easter is a time of the year when the Optimist family move around the world 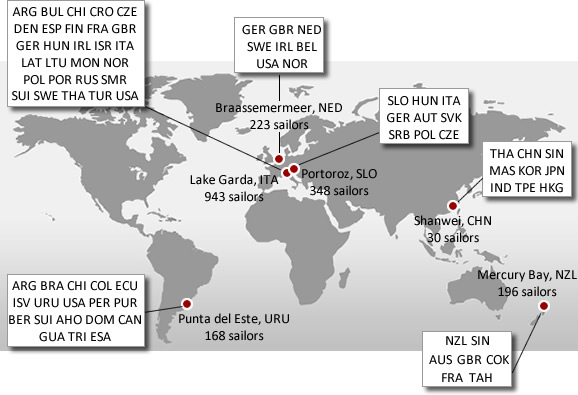 As it has been for many years now, Easter is a time of the year when the Optimist family move around the world to take part in regattas in every corner of the world. Since the end of March and intto the first days of April, sailors had the chance to attend one National championship in Oceania, an IODA Continental in South America, an International event in China, and three big International regattas in Europe. In total these 6 events gathered 1900 + sailors from all six continents!!

The biggest regatta of all, the Garda Meeting on Lake Garda, Italy, attracted 943 sailors from 29 countries representing four continents: Europe, Asia, North And South America. The weather didn't accompany the sailors (it was cold and rainy) but that wasn't an excuse not to go sailing on the lake. The Race Committee managed to organise 6 races in difficult weather conditions and Fraglia Vela Riva proved once more why they are one of the top sailing clubs in the world. In August this year they are hosting the third edition (each year hosted by them at Ledro Lake) of the IODA European Team Racing Championship.

See our news item about the Garda Meeting by clicking here. 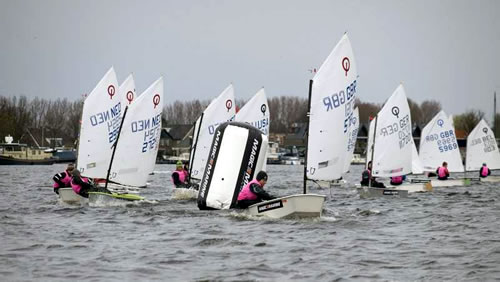 Also in Europe, the other two regattas that together with Garda have become annual classics, had a large turnout as well. The Nokia Easter regatta in Portoroz, Slovenia, attracted 348 sailors while in Braassemermeeer (the Netherlands) 223 sailors competed in the Magic Marine Easter regatta.

In South America, Punta del Este treated the sailors with sunny skies, warm weather, calm waters (a bit too calm according to some) while the amazing city invited family and friends to enjoy its beauty. The event saw 168 sailors from three continents sail to their best and struggle for the contended top of the ranking of this high level event that included the participation of the current IODA World Champion, Sinclair Jones from Peru.

Click here to see our daily report of the event and here to view the results. 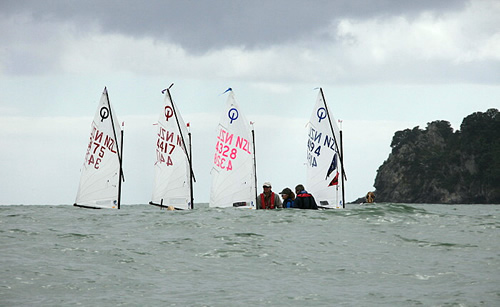 New Zealand hosted their Open National Championship in Mercury Bay with 196 entries representing 7 countries from three continents: Asia, Oceania and Europe. The wind didn't blow to expectations but that was not a hindrance for the Race Committee, who managed to organise 12 races.

And finally in the city of Shanwei, China, 30 sailors from 9 countries took part in the 14th edition of the Asian Sailing Championship organised by the Chinese Yachting Association from March 20 to 29. The championship was a multi class event, ISAF grade 3 for Olympic classes.

You can have a look at the winners and statistics of each event by clicking on the corresponding link on our calendar.