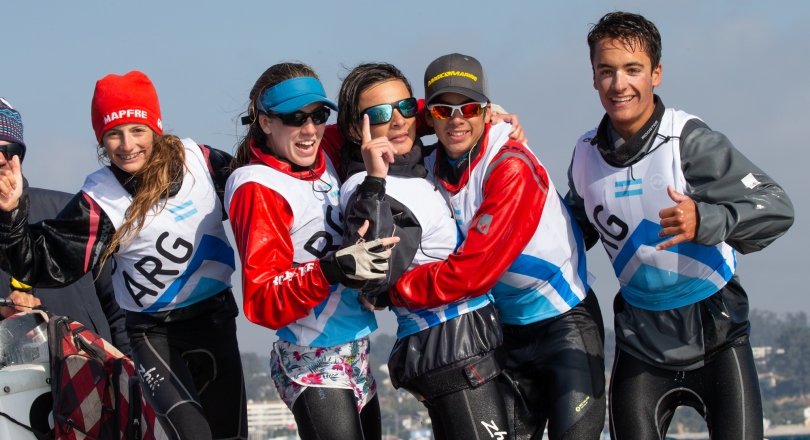 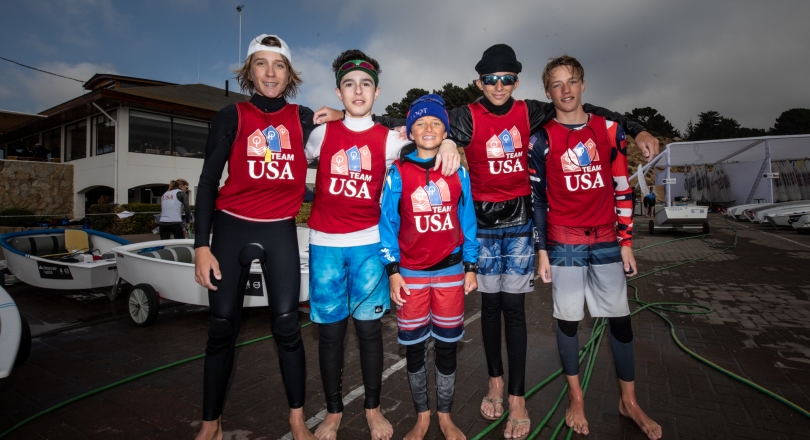 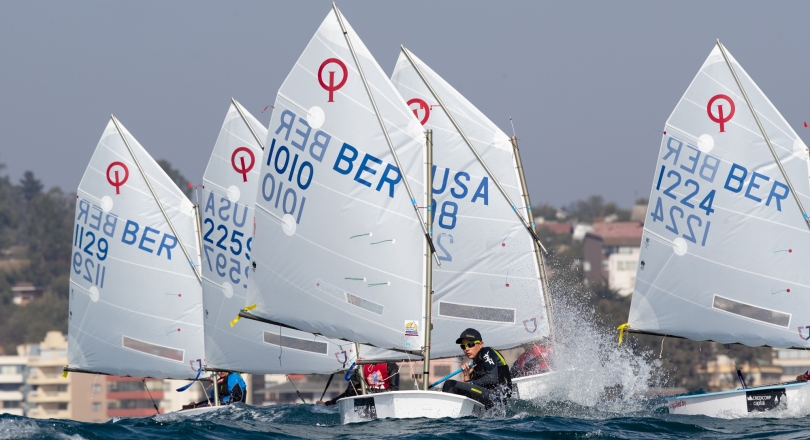 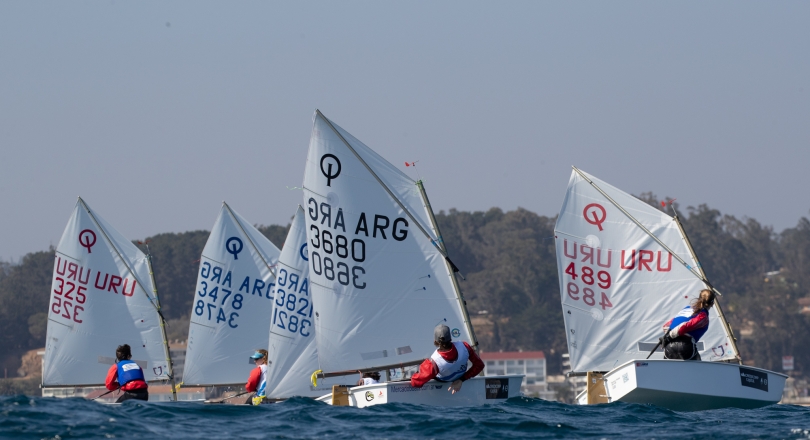 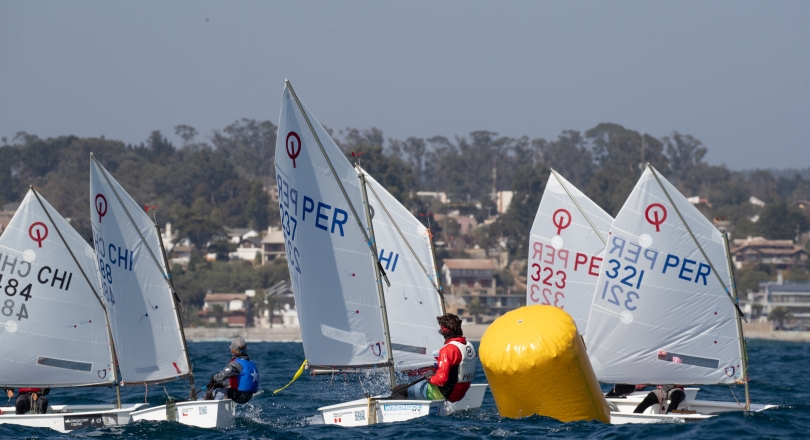 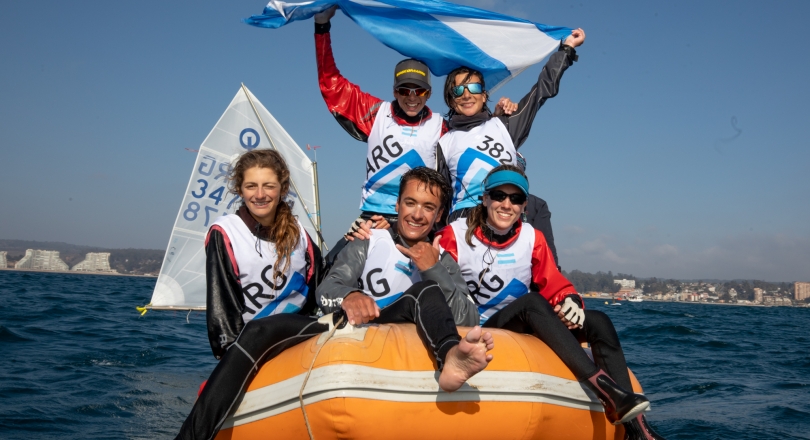 The wind and sun returned to Algarrobo, Chile today, just in time for the 2019 South American Team Racing Championship and Nations Cup.  Team Racing is highlight for many sailors as it is the only time that sailing becomes a true team sport.

Sixteen teams from South America participated in the South American Team Racing Championship. Argentina, Uruguay, Brazil, Chile and Peru, all had three teams each with Ecuador with one team. Seven flights with a total of 30 races were completed over the course of the day.

Each team raced at least two times. Teams having lost two times were eliminated from the competition. ARG 1 and PER 1 were the last two remaining teams and it was ARG 1 who took the day by winning two out of three races against PER 1 in the SAILOFF to take the 2019 South American Team Racing Championship title.

The Nations Cup is the team racing championship for those teams not from South America. Nine teams participated in the Nations Cup with USA entering 3 teams, BER with 2 teams, and CAN, ISV, and AUS with one team each.

Six flights with a total of 16 races were completed in the Nations Cup. The last two remaining teams were from the same country with USA 1 and USA 2 fighting it out in the SAILOFF.  In the end it was USA 2 that won two out of three races to take the 2019 Nations Cup Title.

The qualifying series continues tomorrow as less than 5 races were completed in the first two days of racing.  The competitors will be reassigned tomorrow into Yellow, Blue and Red Fleets.  The Final Series will start on the last day of the championship when the fleets are split into Gold, Silver and Bronze based on the results at the end of the Qualifying Series. Live tracking will resume tomorrow.

For the full Team Racing Results, go to http://2019southamericans.optiworld.org/en/default/toa/race

To follow the championship on the Mobile App, download it from the Apple Store or Google Play Store today.