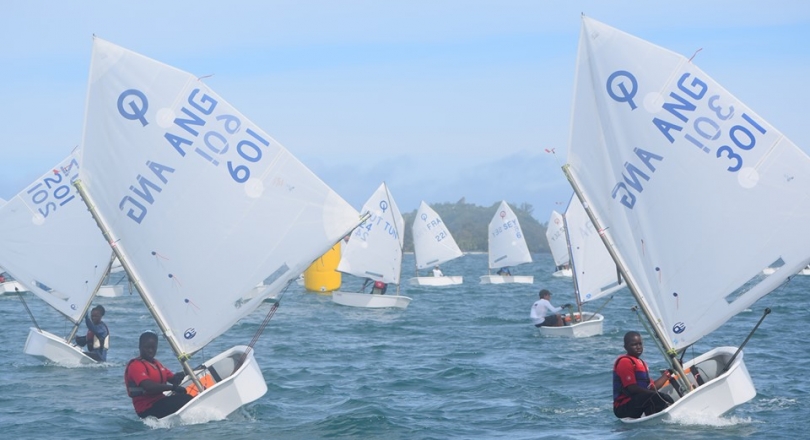 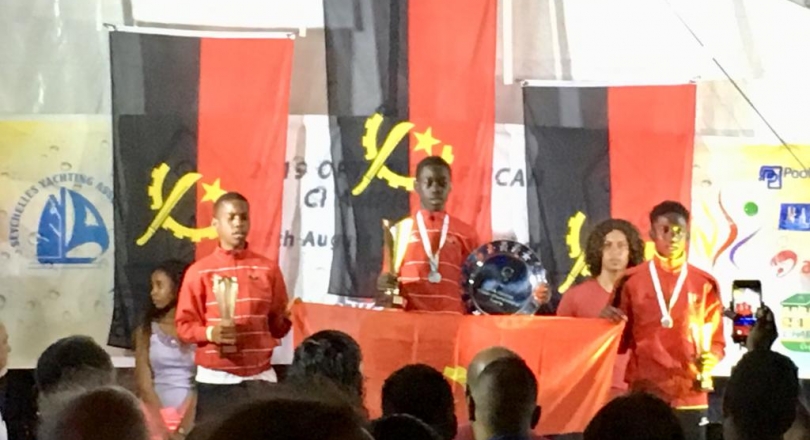 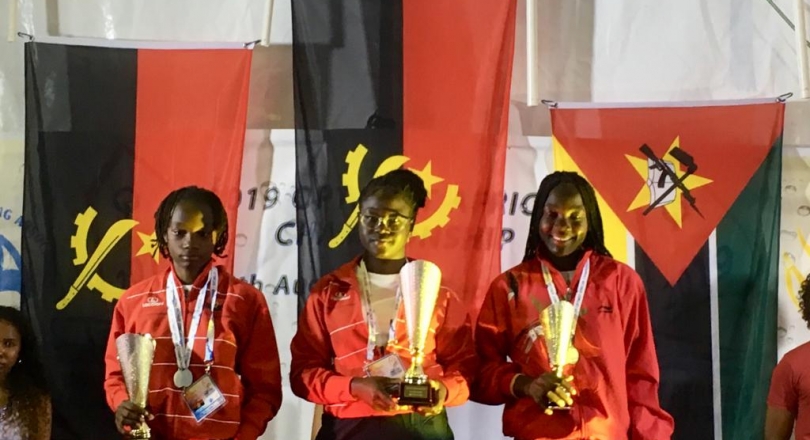 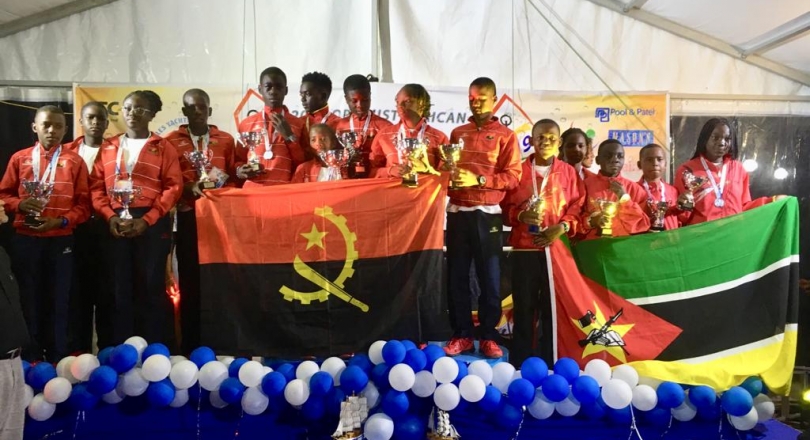 The sailors from Angola dominated the 2019 African Championships held August 25 to September 1st in Mahe, Seychelles, taking home the gold, silver and bronze medals and the Championship Title.

Strong winds of 15-20 knots on the final day confirmed the top 3 finishers with Ronancio Paulo (ANG) taking the Championship Title and Gold Medal followed by teammates, Armindo Sousa (ANG) in Silver and Osvaldo Gama (ANG) taking the Bronze  Medal.  Sean Kavanagh (RSA) was only 4 points out of third place.  Gama had a UFD as a drop race that enabled him to pass Kavanagh, who had to settle for 4th place.

The top three sailors at this event finished 4th, 5th and 7th overall respectively at the 2018 African Championships in Mozambique, so they were hungry to come to Seychelles to win the championship.

Seven of the top 10 sailors were from Angola, showing their dominance in the event.  Two sailors from Mozambique, Cassimo Bila and Wirion Nhaquile finished 8th and 10th respectively. Another sailor from South Africa, Rohan Chidley finished in 11th overall.

The top three girls in the championship were Aline Lourenco (ANG) in 12th place followed by teammate Joana Brito (ANG) in 13th and Maria Machava (MOZ) in 14th place overall.  The 4th placed girl, Suneyma Alves (MOZ) was right on their heals in 15th place overall.

Angola also won the 2019 African Team Racing Championshipt earlier in the week of competition followed by the other team from Angola in Silver and Mozambique taking the Bronze.

Many thanks to the Seychelles Yachting Association, the Seychelles Yacht Club and the National Sports Council for their support in hosting the event.  A special thank you to Alain Alcindor, the Chairman of the Organizing Committee for his commitment and hard work in the success of the 2019 Optimist African Championship.

Congratulations to all the winners and sailors who participated in the Championship. You are all champions.

For more results and news, go to the event microsite:    http://2019africans.optiworld.org/en/default/races/race