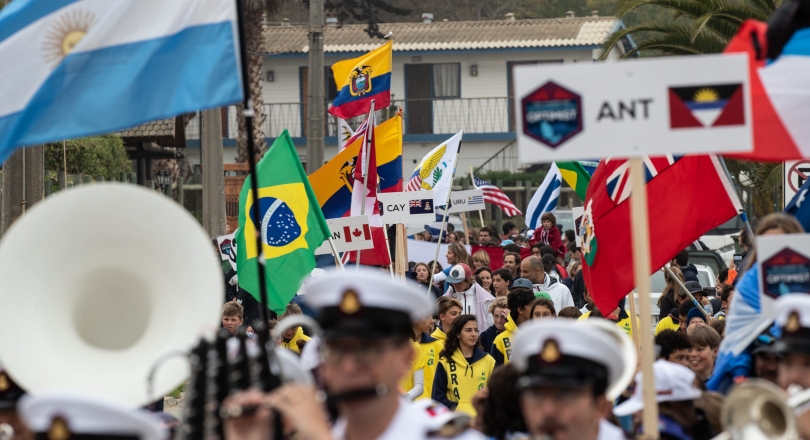 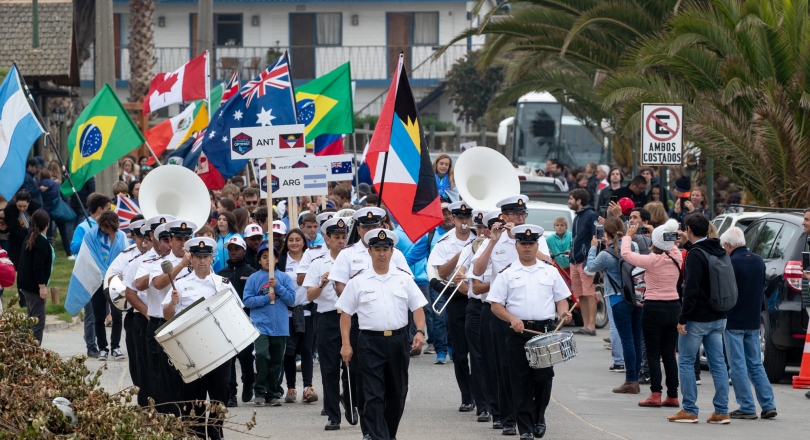 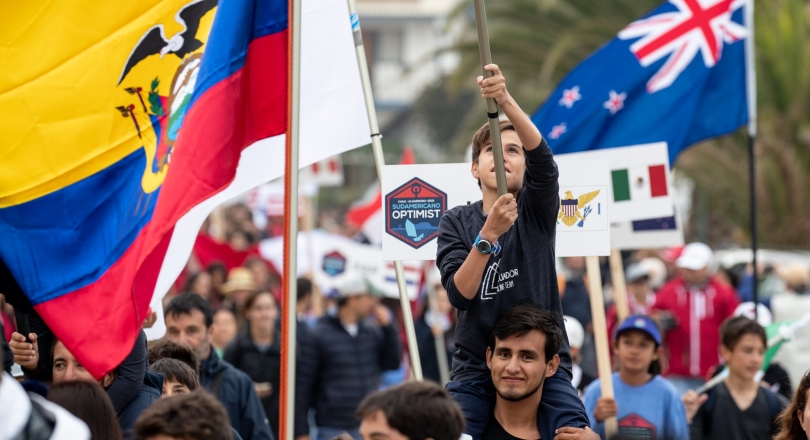 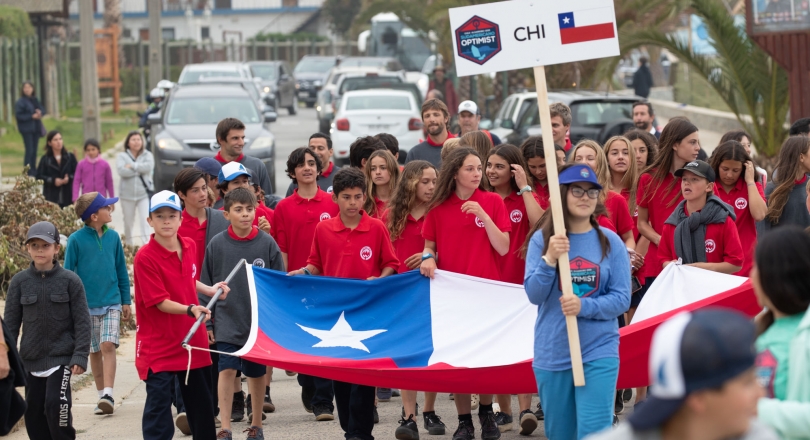 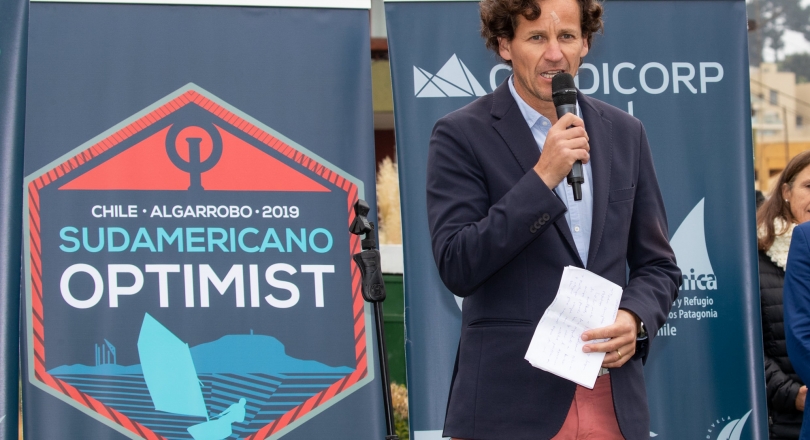 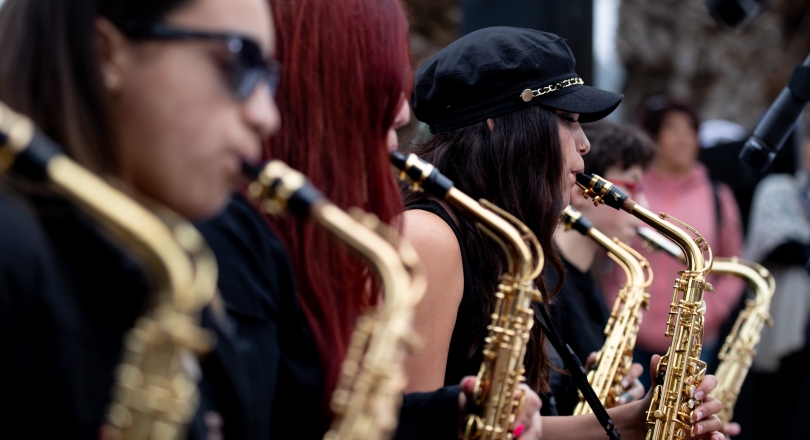 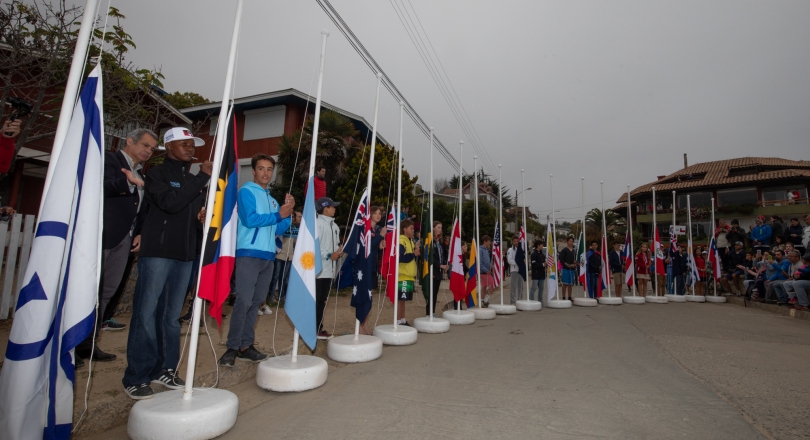 A lively Parade of Nations, always a highlight of each IODA event, took place along the waterfront esplanade. It was led by a military band to mark the occasion, as they walked through the streets of Algorrobo with many residents, family and friends cheering them on.

The host nation team from Chile and the largest at the event with 35 entries was the last team in the parade, a tradition set out by the Olympic Games.  Of the 35 entries, 17 are girls, almost 50% of the team, which far exceeds the gender requirements as defined by IODA in our Continental Championship Conditions.

Welcome speeches by the Mayor of Algarrobo, Jose Luis Yanez and the Chair of the Organizing Committee, Santiago Lorca, were followed by the official opening of the championship.

A talented youth jazz band entertained the sailors, special guests, sponsors, support personnel, officials and the many volunteers as part of the ceremonies.

168 sailors from 17 nations have now completed their training and measurement and are ready to start the competition  All the competitors have been allocated into three fleets of Yellow, Blue and Red, so there will be three starts for each race on Monday.

Two days of fleet racing start on Monday and Tuesday as part of the qualifying series followed by team racing on Wednesday.

To catch all the action at the SAMS, go to the Event Microsite http://2019southamericans.optiworld.org/en/default/races/race

Or download the new Mobile App from the Apple Store or Google Play Store.