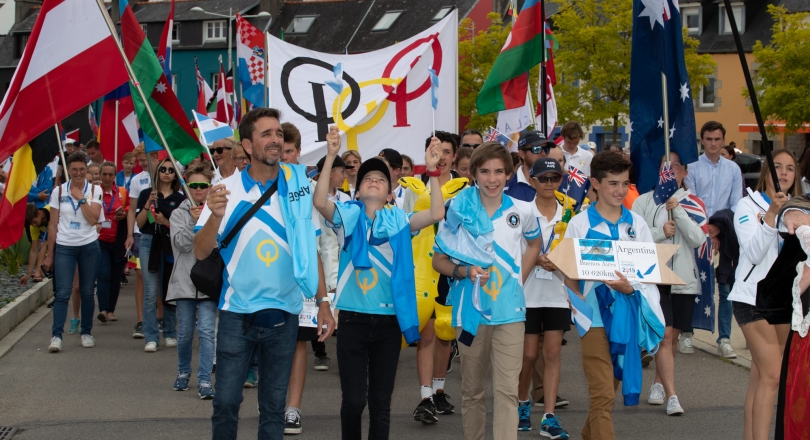 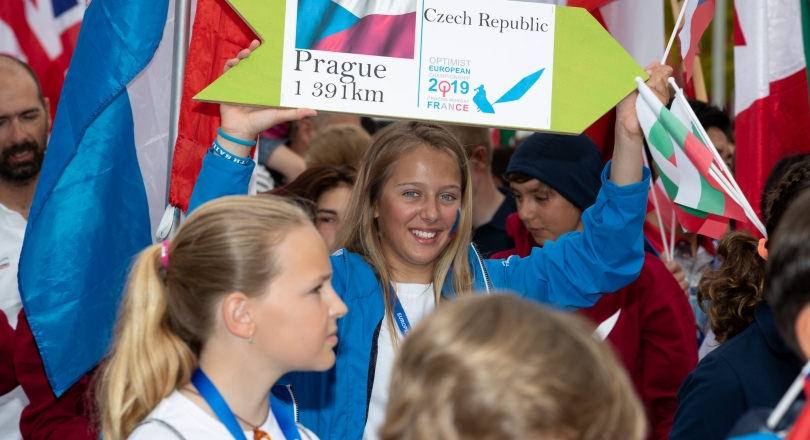 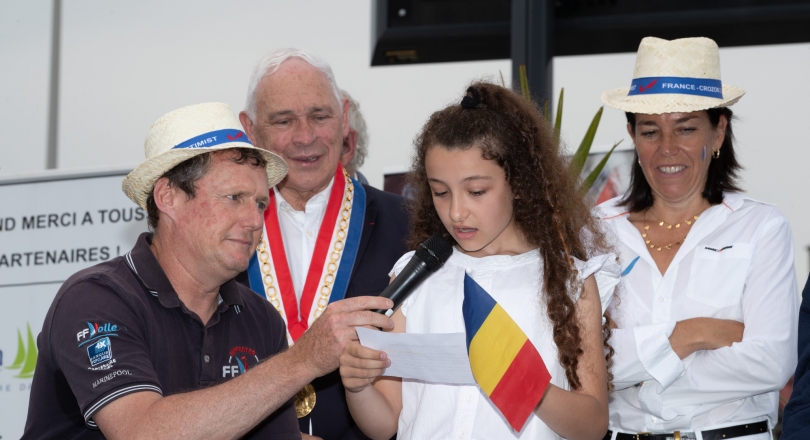 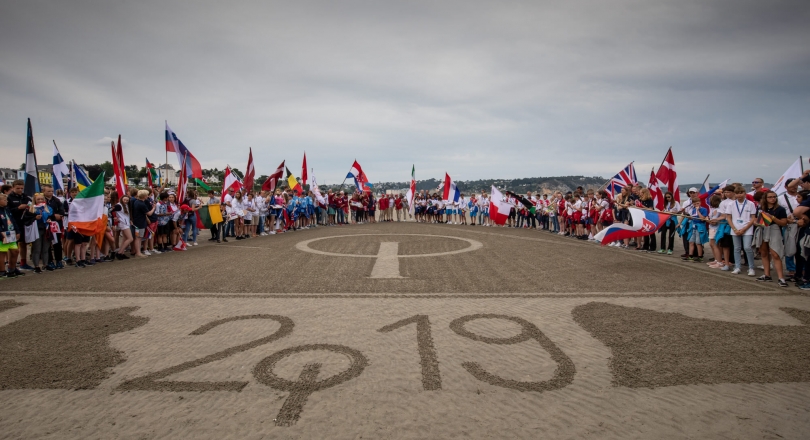 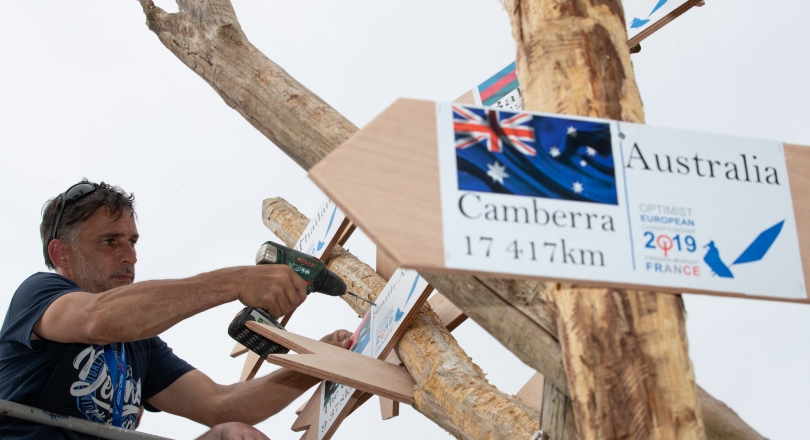 293 sailors from 50 nations paraded along the esplanade of Crozon-Morgat, France, to mark the official opening of the 2019 European Championship.

The Championship was officially opened by the Mayor of Crozon-Morgat, Daniel Moyson and Carmen Casco, IODA VP of Europe.  They were joined on the stage by Henri Bacchini, FFV VP, Yvon Mace, the President of the host club, Crozon Morgat Nautical Centre (CMNC), Eric Vautrin, President of Promotion Optimist (POP), and Aurelie Paturel, VP of POP.

Both Sean and Sofia together set off the coloured fireworks on the beach to mark the official opening of the Championship.

The teams then paraded to the beach to surround a sand art of an Optimist sail and class symbol for the official photograph of the championship.  Enthusiastic sailors waving their nation flags were captured by a drone camera.

Following the sand art photo on the beach, teams went back to the venue to have a traditional dinner of crepes as well as the official teepee ceremony whereby 50 plaques were attached to a teepee to mark the direction and kms of each country to the venue.

To see more about the championship, go to the event microsite http://2019europeans.optiworld.org/en/default/races/race