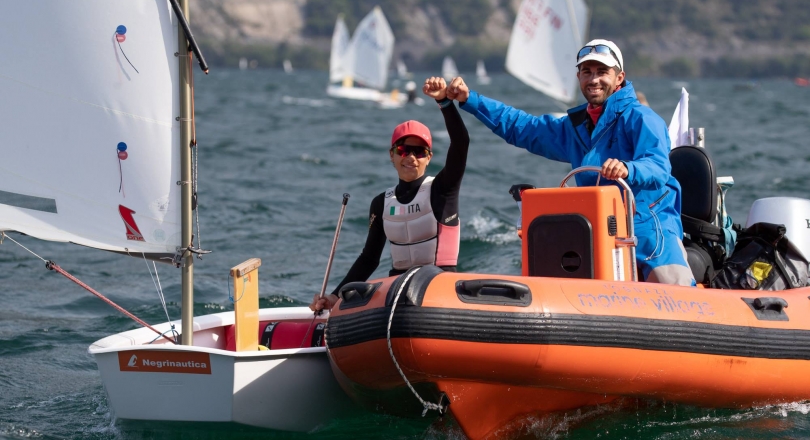 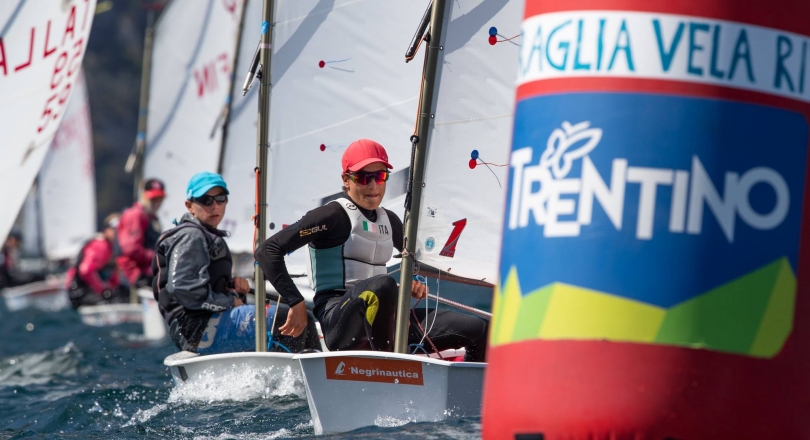 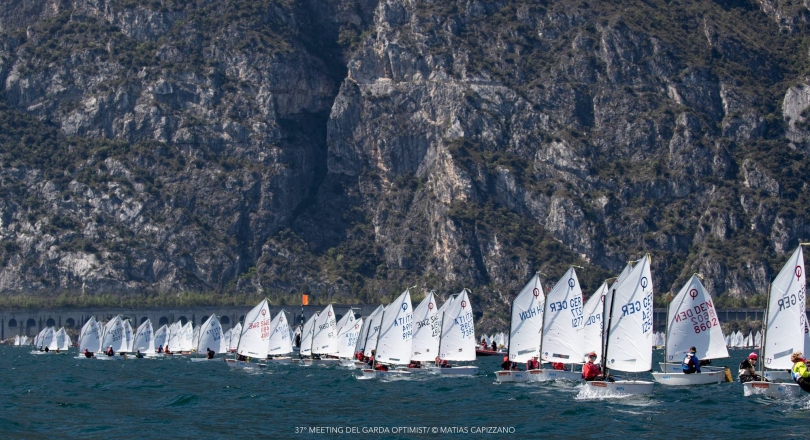 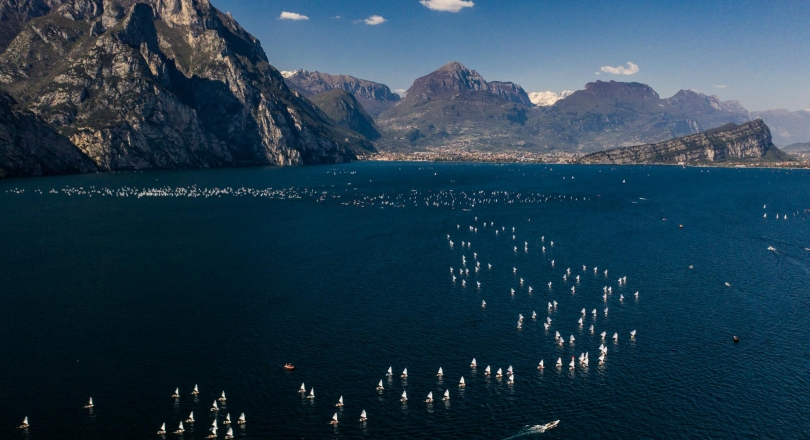 940 Junior and 45 Cadet sailors for a total of 985 sailors from 38 nations along with coaches, family and friends gathered for the annual Optimist pilgrimage to Lake Garda for an Opti experience like non other.

This is an Easter tradition that brings together Optimist sailors from all over the world.  In addition to 25 countries from Europe, there were sailors as far away as Australia, USA, Canada, Brasil, Hong Kong, Bahrain, UAE, Kenya as well as Mexico, the Cayman Islands, Bermuda and Turks & Caicos.

All sailors in the junior division were divided into six fleets of approximately 156 boats each.  Starting in a fleet of 156 Optimists is an experience all of its own.

Over the 4 days of racing, 6 Qualifying races were completed before splitting into Gold, Silver, Bronze, Emerald, Ivory and Pearl Fleets for the final series.   The Gold Fleet completed 2 races in the final series and all other fleets completed 1 race.

Top of the leaderboard after two final races was Marco Gradoni (ITA) followed by fellow countryman Alex Demurtas in second. Richard Schultheis from Malta was four points back in third overall. Fourth place overall was Lukas Lindstom of Sweden followed by one point by Leon Jost of German in 5th.

There was only a one point spread between the 6th to 9th place overall.    Caspar Ilgenstein (GER) and Theo Westerlind (SWE)  were tied in points in 6th  and 7th  and Martin Atilla (LAT) and Alp Namdar (TUR) were tied in points at 8th and 9th overall.  Rounding out the top ten sailors was Marl Krause of Germany.

Top girls in the Gold Fleet were Yanne Broers of the Netherlands, followed by Emma Mattivi (ITA) in second and Maria Vittoria Arseni (ITA) in third place. Fourth place was awarded to Jenny Skirstad Pellen of Norway,  followed in fifth place by Ines Rurhela of Finland.

The 37th Meeting del Garda Optimist has come to a close for another year.  Next year,  could be a bumper year as many sailors will want to come as Riva del Garda and the Associazione Italiana Classe Optimist (AICO) will be hosting the 2020 Optimist World Championships July 1st to the 11th.

Matias Capizziano was the official photographer of the event.  To view his incredibe pictures, go to https://www.facebook.com/FragliaVelaRiva/

For results go to: http://www.fragliavelariva.it/en/regatta/2616/view