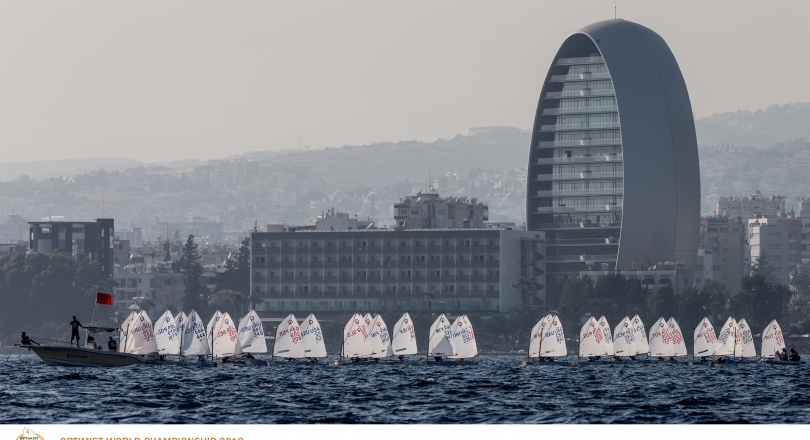 The 2018 IODA Annual General Meeting was held at the Atlantica Miramar Beach Hotel in Limassol Cyprus on Monday, September 3rd.   Sixty-three Member Country Representatives were in attendance with a number of proxy votes being held by various members.

The following IODA Championships were selected in 2020:

There were no bids to host the 2020 North American Championship.

Other AGM items included annual reports by the President and each Vice President as well as the Chairs of the Technical Committee and Regatta Committee on the activities of the past year.

The 2017 Audited Statements were approved as well as the confirmation that the Subscription Dues, Plaque Fees, and Sail Labels fees would remain the same for 2019.

Twenty Executive Committee Proposals were voted on, most of which were housekeeping items in terms of the Championship Conditions.  There were an additional five proposals from the Members that were voted on involving changing the Articles of the Association and there was one Class Rule Change that was approved.

Antigua was confirmed as the host of the 2019 Optimist World Championships, taking place July 6th to the 16th as well as the following 2019 IODA Continental Championships:

The Annual General Meeting is the highest authority in IODA. We wish to thank the many Members who attended the AGM this year as well as those who could not and who gave their proxy to another Member to vote on your behalf.